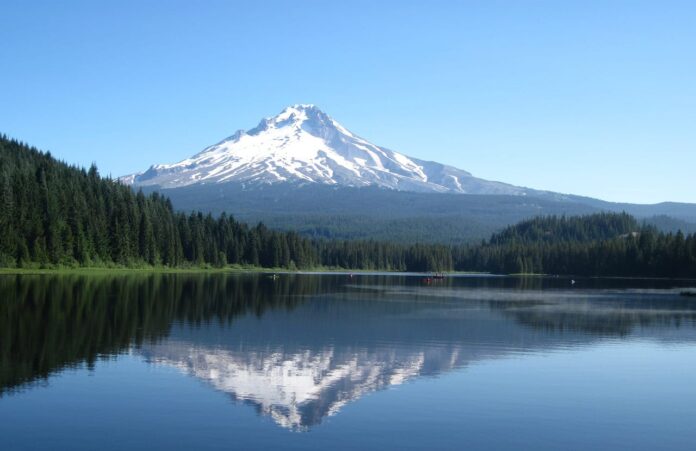 These stations will substantially improve the ability of CVO scientists and their partners to detect and provide warning of any changes in earthquake activity, ground deformation or volcanic gas emissions that may signal an increase in volcanic activity and a subsequent danger to people and property.

Mount Hood has erupted repeatedly for hundreds of thousands of years, but its most recent eruption series was from 1781 to 1793, just before the arrival of Lewis and Clark in 1805. While Mount Hood is not currently erupting, it produces frequent earthquakes and earthquake swarms, and steam and volcanic gases are emitted in the area around Crater Rock near the volcano’s summit. Because of the significant hazards the volcano poses to nearby communities and infrastructure as well as to aviation, USGS researchers designated Mount Hood as a very high threat volcano in an updated 2018 National Volcanic Threat Assessment.

The new Mount Hood monitoring sites will consist of three sets of co-located seismic and GPS stations situated within 2.5 miles of the summit. One ground-based continuous volcanic gas monitoring station will be installed at a later date. The stations will be constructed with minimal impact on the environment: they will be located away from trails and painted to blend in with the surroundings. A helicopter will be used to deliver equipment via external sling load to the sites during construction, and USGS personnel will access the sites by foot. The installation work is not expected to affect other recreational uses of the Mount Hood National Forest.

“Since the Department of the Interior is a steward of America’s public lands, one of our mandates is to ensure our scientific inquiries at USGS have as little impact on the landscape as possible, said USGS Director Jim Reilly. “Because this sensor network will have a relatively small footprint, and we can access the data remotely from various locations, there will be very little disturbance to the environment and wildlife in this area. These stations represent a huge step forward in monitoring that helps us safeguard lives and property. Also, we extend a sincere ‘thank you’ to our wonderful partners at the U.S. Forest Service for their invaluable assistance in making this possible.”

Robust monitoring networks are a key tool for mitigating volcano hazards that will affect people and property because volcanoes can awaken rapidly — in just days to weeks — and initial precursors to that awakening can be subtle, including small earthquakes, minor changes in gas chemistry and small ground movements. Consequently, the most effective volcano monitoring network requires that instruments be installed in multiple locations on the volcano’s flanks well before unrest begins, noted Seth Moran, the scientist-in-charge of the Cascades Volcano Observatory. These stations, he added, will enable real-time monitoring of deformation and gas at Mount Hood and will also significantly improve the capabilities of the existing eight-station seismic network operated jointly by CVO and the Pacific Northwest Seismic Network.

Once online, the unoccupied, remote monitoring stations will transmit real-time data to volcano observatories and greatly increase the ability of CVO to provide earlier notification and warnings of volcanic activity to emergency officials and the public.

Information about Mount Hood’s eruption history and hazards is available at https://volcanoes.usgs.gov/volcanoes/mount_hood/mount_hood_geo_hist_93.html.

Scientists Getting New Tools to Monitor the Northwest’s Volcanoes