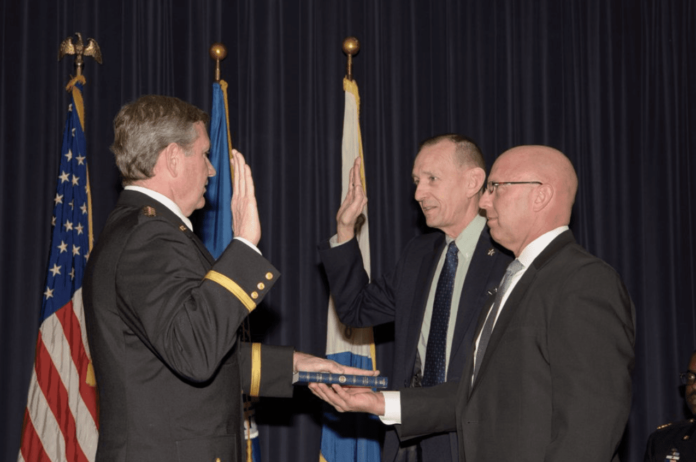 Thomas J. Sullivan was officially recognized today as the 20th chief of the U.S. Secret Service Uniformed Division in a formal Assumption of Command Ceremony.

Chief Sullivan began his law enforcement career with the Secret Service in 1988, after honorably serving in the United States Air Force for five years. During Sullivan’s 27-year career with the Secret Service Uniformed Division he worked at all levels of the organization, including White House Branch officer, Emergency Response Team member and lieutenant, captain, inspector, and deputy chief of White House operations.

The ceremony was an opportunity to formally recognize Sullivan in the presence of the men and women of the Secret Service and law enforcement partners in the National Capital Region.

“Chief Sullivan’s return to service is significant,” said Secret Service Director Randolph “Tex” Alles. “He brings with him a depth and breadth of knowledge that I am confident will be vital to directing the continued and future success of the Uniformed Division.”

Sullivan addressed the audience and laid out his priorities moving forward. “The men and women of the Secret Service Uniformed Division are our number one resource. They are preeminently qualified and committed to our no-fail mission,” he said. “My first order of business is to ensure we are doing everything possible to care for our force, in terms of training, professional development, and quality of life – without them, we fail.”

Sullivan returned officially to the Secret Service on March 19, 2018.