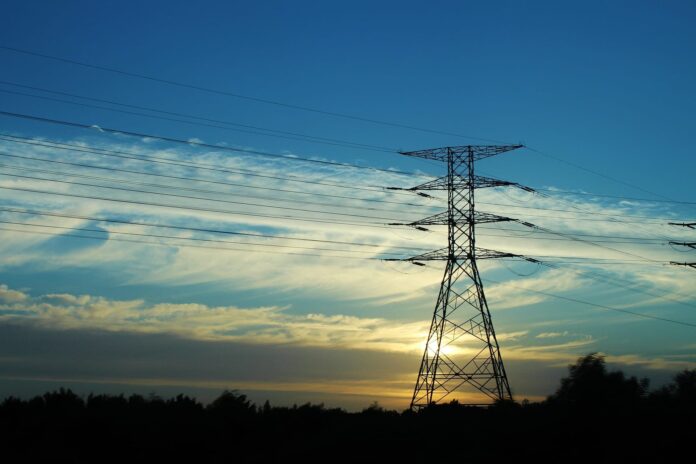 The White House today unveiled an executive order intended to coordinate the federal government’s ability to prepare for and respond to a potentially catastrophic electromagnetic pulse attack.

The United States could face massive blackouts and disabled technology from rare solar super-storms like the 1859 Carrington Event, a nuclear weapon detonated at high altitude, sabotage of the electric grid with use of small weapons or explosives against extra-high-voltage transformers, or a complex attack that includes a combination of cyber attack, sabotage and nuclear attack.

Some estimates have suggested that such an attack could collapse not just the economy but civilization itself, eventually killing a large majority of Americans.

The order, Coordinating National Resilience to Electromagnetic Pulses, states that the federal government will “engage in risk-informed planning” and “prioritize research and development” into EMP protection, response and recovery and will “promote collaboration and facilitate information sharing, including the sharing of threat and vulnerability assessments, among executive departments and agencies” and stakeholders.

The assistant to the president for national security affairs will “coordinate the development and implementation of executive branch actions to assess, prioritize, and manage the risks of EMPs” and submit an annual progress report with recommendations to the president.

Meanwhile, the secretary of State is tasked with leading “the coordination of diplomatic efforts with United States allies and international partners regarding enhancing resilience to the effects of EMPs” and working with the secretary of Defense on nonproliferation and deterrence efforts. The Defense secretary will, in part, “improve and develop the ability to rapidly characterize, attribute, and provide warning of EMPs, including effects on space systems of interest to the United States.” Scenarios that include EMP attack will be incorporated into planning at the Pentagon.

The Interior secretary will “support the research, development, deployment, and operation of capabilities that enhance understanding of variations of Earth’s magnetic field associated with EMP” and will have four years to “complete a magnetotelluric survey of the contiguous United States to help critical infrastructure owners and operators conduct EMP vulnerability assessments.”

The Commerce secretary is directed to “provide timely and accurate operational observations, analyses, forecasts, and other products for natural EMPs,” and the Energy secretary “shall conduct early-stage R&D, develop pilot programs, and partner with other agencies and the private sector, as appropriate, to characterize sources of EMPs and their couplings to the electric power grid and its subcomponents, understand associated potential failure modes for the energy sector, and coordinate preparedness and mitigation measures with energy sector partners.”

The Office of the Director of National Intelligence will focus on adversaries’ capability to launch an EMP attack and formulate quadrennial risk assessments.

Part of the Department of Homeland Security’s broad focus under the executive order will be ensuring timely EMP info gets to state and local governments, with a duty to “coordinate response to and recovery from the effects of EMPs on critical infrastructure,” exercise EMP scenarios, “maintain survivable means to provide necessary emergency information to the public during and after EMPs,” and develop quadrennial risk assessments with the first one due in a year.

Within 90 days of the order, the DHS secretary will “identify and list the national critical functions and associated priority critical infrastructure systems, networks, and assets, including space-based assets that, if disrupted, could reasonably result in catastrophic national or regional effects on public health or safety, economic security, or national security,” a list that DHS will keep updated. Within six months, the DHS head “shall review test data — identifying any gaps in such data — regarding the effects of EMPs on critical infrastructure systems, networks, and assets”; within six months after that, DHS in coordination with other agencies is expected “to develop an integrated cross-sector plan to address the identified gaps.”

The order “sends a clear message to adversaries that the United States takes the threat of EMP seriously; it identifies opportunities to coordinate and streamline federal efforts; and it will foster an environment, through strong administration leadership, that promotes private sector innovation to strengthen America’s critical infrastructure,” Harrell added.

“The E.O. clarifies federal agency roles and responsibilities, directs federal agencies to coordinate actions to prepare the nation for EMP events, and seeks to improve information sharing between federal and non-federal stakeholders,” he said. “And lastly, this E.O. directs concrete steps across five areas to reduce the risk that EMP poses to U.S. critical technology and infrastructure systems, assets, and networks: Identify national critical functions and associated priority critical infrastructure at greatest risk from EMP, improve understanding of EMP effects, evaluate approaches to mitigate the effects of EMP, strengthen critical infrastructure to withstand the effects of EMP, and improve response plans to EMP events.”

“Such an attack would give North Korea and countries that have only a small number of nuclear weapons the ability to cause widespread, long-lasting damage to critical national infrastructures of the United States itself as a viable country and to the survival of a majority of its population,” said the commission’s July 2017 chairman’s report.

In that report, commission chairman William R. Graham, retired CEO of National Security Research Inc. and a member of the DoD’s Defense Science Board and the National Academies Board on Army Science and Technology, cited President Trump’s May 11, 2017, executive order on Strengthening the Cybersecurity of Federal Networks and Critical Infrastructure, which called for “assessment of electricity disruption incident response capabilities” by the departments of Energy and Homeland Security along with ODNI.

“I strongly recommend that implementation of cybersecurity for the electric grid and other critical infrastructures include EMP protection, since all-out cyber warfare as planned by Russia, China, North Korea, and Iran includes nuclear EMP attack, and integrating EMP and cyber-protection will be both the least expensive and most technically sound approach,” wrote Graham. “Protecting against nuclear EMP will also protect against natural EMP from solar super storms. The United States should not remain in our current state of existential vulnerability to well-known natural and manmade EMP threats. Such vulnerability invites attack.”

“President Trump’s plan to repair and strengthen our national infrastructure, cyber security, homeland defense, and military capability presents an excellent opportunity to include measures for EMP protection that would mitigate the existential threats from solar super-storms and Combined-Arms Cyber Warfare,” he added.

The commission urged Trump in a separate report to work with congressional leaders to establish a joint presidential-congressional commission to focus “on an accelerated basis” on the protection of critical national infrastructure including the power grid.

In October, DHS released its Strategy for Protecting and Preparing the Homeland against Threats from Electromagnetic Pulse (EMP) and Geomagnetic Disturbance (GMD), which recognized that “the potential severity of both the direct and indirect impacts of an EMP or GMD incident compels our national attention.”

“Current EMP-related intelligence gathering, sharing, and analysis remains largely stove-piped within the Federal Government and across DHS, which leads to disparate understanding of potential electromagnetic threats and hazards,” the report noted. “This problem also creates uncertainties about how DHS should address critical infrastructure vulnerabilities. In addition, government entities are often challenged in their ability to understand vulnerabilities and consequences to private and public sector critical infrastructure from EMP threats. These knowledge gaps make risk-informed decision-making difficult.”