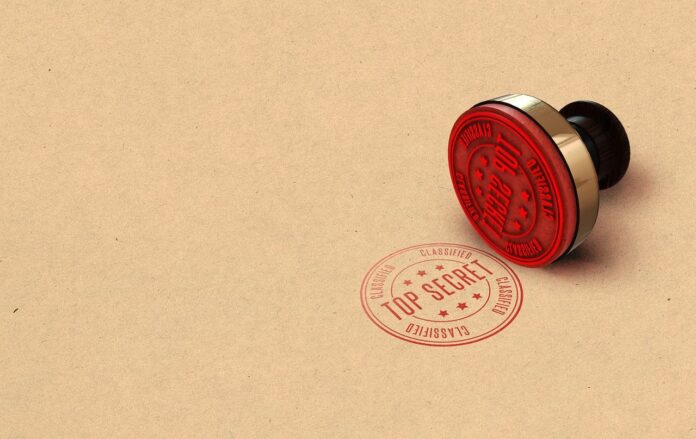 An employee of the Defense Intelligence Agency (DIA) was arrested Wednesday on charges related to his alleged disclosure of classified national defense information (NDI) to two journalists in 2018 and 2019.

“As laid out in today’s indictment, Frese was caught red-handed disclosing sensitive national security information for personal gain,” said Assistant Attorney General for National Security John C. Demers.  “Frese betrayed the trust placed in him by the American people—a betrayal that risked harming the national security of this country. This is one of six unauthorized disclosure cases the Department has charged in just over two years, and we will continue in our efforts to punish and deter this behavior.”

Henry Kyle Frese, 30, of Alexandria, is a DIA employee and holds a Top Secret//Sensitive Compartmented Information U.S. government security clearance. According to court documents, between mid-April and early May 2018, Frese allegedly accessed classified intelligence reports, some of which were unrelated to his job duties, and provided TOP SECRET information regarding a foreign country’s weapons systems to a journalist (Journalist 1).  According to court documents, Frese and Journalist 1 had the same residential address from August 2017 through August 2018 and, based on reviews of Frese’s and Journalist 1’s public social media pages, it appears that they were involved in a romantic relationship for some or all of that period of time.  The unauthorized disclosure of TOP SECRET information could reasonably be expected to cause exceptionally grave harm to the national security of the United States.

According to the indictment, a week after Frese accessed one of the intelligence reports (Intelligence Report 1) for the second time, Journalist 1 wrote to Frese on April 27, 2018, and asked whether he would be willing to speak with another journalist (Journalist 2). Frese stated that he was “down” to help Journalist 2 if it helped Journalist 1 because he wanted to see Journalist 1 “progress.”

In addition, as alleged in the indictment, on Sept. 24, 2019, Frese was captured on court-authorized surveillance of his cell phone orally transmitting classified NDI to Journalist 2. These disclosures contained NDI classified at the SECRET level, meaning that the unauthorized disclosure of the information could reasonably be expected to cause serious harm to the national security of the United States.

“Henry Kyle Frese was entrusted with TOP SECRET information related to the national defense of our country,” said G. Zachary Terwilliger, U.S. Attorney for the Eastern District of Virginia. “Frese allegedly violated that trust, the oath he swore to uphold, and is charged with engaging in dastardly and felonious conduct at the expense of our country. This indictment should serve as a clear reminder to all of those similarly entrusted with National Defense Information that unilaterally disclosing such information for personal gain, or that of others, is not selfless or heroic, it is criminal.”

“Mr. Frese allegedly disclosed highly classified national defense information, which puts our country and people at risk,” said Alan E. Kohler Jr., Special Agent in Charge of the FBI’s Washington Field Office Counterintelligence Division.  “He violated his oath to serve and protect the United States.  The men and women of the FBI work hard every day to protect the American people and uphold the Constitution – we will not stand by while trusted government employees violate that trust in such an egregious way.”

A federal grand jury returned an indictment yesterday charging Frese with two counts of willful transmission of national defense information to persons not entitled to receive it. If convicted, he faces a maximum penalty of 10 years in prison on each count. Actual sentences for federal crimes are typically less than the maximum penalties. A federal district court judge will determine any sentence after taking into account the U.S. Sentencing Guidelines and other statutory factors.