It all starts with each of us. We must take more responsibility for our own safety and those we love and care about. 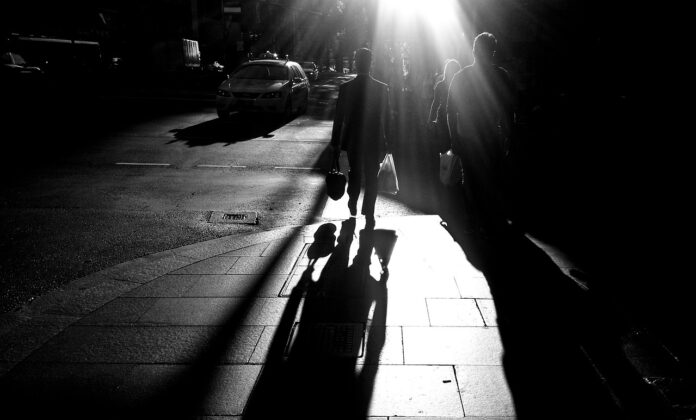 Unprovoked attacks on citizens going about their normal daily routine seem to be on the rise. Many of these incidents have been captured on video from security cameras and cell phones. All of us have seen these incidents reported on newscasts, as well as the print media. We are all alarmed by the level of violence directed at unwitting people for no readily apparent reason.

The injuries suffered by the victims have ranged from cuts and abrasions to coma and death. When the dust has settled on many of these vicious acts, we find out that the perpetrator often has a long history of crime and violence.

We marvel and wonder why that offender is out walking around the streets and not in jail. That is a very fair question to ask. We as citizens must demand changes from our elected leaders for that to change in any significant way. Violent criminals and repeat offenders walking the streets often within hours of a previous arrest is a source of anger for all of us. It is extremely frustrating to all of us who serve in law enforcement. We all took an oath to remove evil from the streets, only to respond to more incidents and arrest the same offenders repeatedly.

We all ask, what is the answer? How do we stop this cycle of violence? Political change is often slow and cyclic. We cannot depend on law enforcement facing reductions in resources to be standing everywhere as a deterrent or stop the violence in its tracks.

It all starts with each of us. We must take more responsibility for our own safety and those we love and care about. The first step will not cost any of us a dime. It is about Situational Awareness and preparing for the unexpected.

According to the Bureau of Justice Statistics about 38 percent of non-fatal violent crimes are committed by strangers. The victims of those crimes in more than 80 percent of those cases were unwitting or were completely unaware of what was about to happen. To verify that statistic, I took a detailed look at these types of street attacks committed on citizens in the surrounding area of the U.S. Capitol. The violent crimes committed by strangers over the previous 10 years fall within decimal points of the 38 percent. The violent crimes falling in the category of street crimes as reported to the federal law enforcement agency responsible for the Capitol area ranged from a low of 10 attacks in 2010 to a high of 28 in calendar year 2019. The numbers have returned close to the mean of 17.

Those cases ranged from snatch-and-grab-type assaults where cell phones, cameras, and purses were snatched, to violent unprovoked attacks using fists and bricks in which serious injuries resulted. A few of them were attributed to the “knockout” game that was a trend a while back. Others were completely unprovoked attacks of people walking around the area or standing in congested areas such as Union Station.

A: Watch the crowd around you. Look for bizarre movements such as people who may be shadowboxing or moving in such a way that is unusual for the setting. Flailing of the hands, kicking the air, darting at passersby.

B: Nonsensical speech or profanity-laced language directed at strangers or nobody.

C: Watch for people who are wearing clothing that is not appropriate for existing weather conditions. They may be attempting to hide a weapon under a coat or blanket. They also may be attempting to purposely hide their identity such as a hoodie pulled up and partially over their eyes.

D: Always watch their hands. Are they wearing gloves, or do they have an object such as a rock, brick, knife, or other metal object in their hands? A person holding a wrench in a repair shop would not be unusual. A person walking down the street holding a wrench is unusual. Punching somebody in the face hurts, so even persons looking to assault somebody will likely wear gloves. The sucker-punch suspect in the well-publicized attack in New York was wearing what appeared to be work gloves.

E: Look into the eyes of the people around you. If a person is displaying any of the traits that I have detailed above, look into their eyes. Try not to make direct eye contact with the potential assailant but you can still look into their eyes using peripheral vision or quick glances. The eyes never lie. If the eyes are darting or it appears that the lights are on but nobody is home, then the alarm bells should be going off in your head and your defenses must be up. An attack on you or somebody around you is eminent.

2. Avoid distractions. In more than 80 percent of the cases that I reviewed the victim was looking at a cell phone and/or wearing ear buds. Their attention was not on what and who was around them. Their attention was on a device. To the assailant that was a huge sign on the victim’s back that said ‘vulnerable.’

3. Prepare for the unexpected. Use what is around you to your advantage. Ninety percent of all citizens are right-handed. Therefore, 90 percent of would-be attackers will also be right-handed. They will generally use their right hand or anything in it in their initial attack. After carefully reviewing available video of various street attacks that have been released to the media, as well as looking at reports, this is always true.

In the case of the New York knockout, suspect Bui Van Phu, who reportedly was displaying traits that I have described, was wearing some sort of gloves. He is alleged to have approached the unknowing victim from behind, used his right fist, crossed over, and punched the victim on the right side of his face. In other video of frontal attacks, the suspect, again using his right hand, struck their victims on the left side of their face.

Although it is important to be alert 360 degrees around you, pay closer attention to what is behind you on your right side, and what is in front of you on the left. Use reflections from windows or parked car mirrors to see what and who may be behind you. If there are none available glance over your own shoulders. By paying attention it will be obvious to the attacker that you are aware and prepared. The attacker will move on looking for a target who is more vulnerable.

We can all do the same thing. As we are standing among a crowd waiting for a train, an Uber, or walking down the street, have a mental plan. Plan for what you might do in the event the unexpected happens. Have a plan for escape or defense. Know your own capabilities. Avoid conflict at all costs. If your only option is to defend yourself then you must be mentally prepared for that before it happens.

Several months ago, I found myself in the same situation. While leaving Union Station in Washington in the early morning on my way to my office, I faced a potential attack from behind on my right side. I had spotted the potential problem about half a block before the incident occurred. Without warning, the potential assailant charged me on the run from about 15 yards away. I immediately turned on him prepared to defend myself for whatever was to come. My sudden turning the tide on the assailant caught him completely off guard. There were harsh words exchanged but the potential assailant stopped in his tracks. He immediately turned and went the other way. The incident ended without harm.

Violent street crime may or may not be on the rise based on statistical analysis. Media attention toward these types of incidents has clearly risen which should make every one of us aware. One thing that has risen based upon cases I reviewed around the Capitol area is the level of violence. There are many reasons for the increase in violence of these incidents. That must be addressed by political leadership within government and prosecutors’ offices. In the meantime, we as citizens can respond by not permitting ourselves to become victims. We must not succumb to changing our way of life or enjoying the freedoms this wonderful country provides to those few who want to intimidate us, rob, steal, or assault us for no apparent reason.

As citizens we also have a responsibility to watch the backs of our vulnerable citizens who due to age or physical limitations may not be able to properly protect themselves. We can all mitigate these dangers by preparing for the unexpected.