INLETS Honors ‘Above and Beyond’ Awardees for Protecting and Supporting Homeland 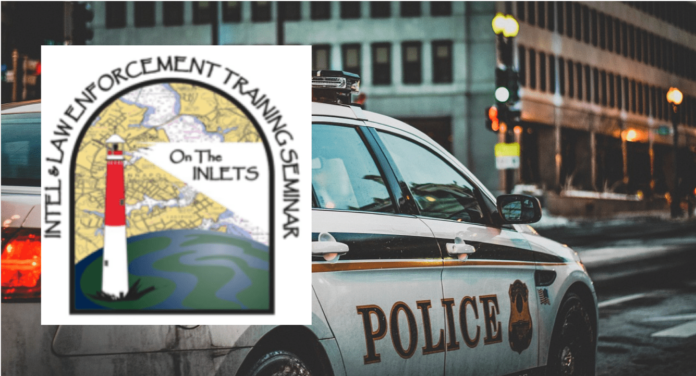 The INtel and Law Enforcement Training Seminar June 17 awarded their “Above and Beyond” awards to recognize officers and civilians for their exceptional service during their annual Tribute to Heroes dinner.

In its ninth year, the Tribute to Heroes dinner is the opening evening program to the INLETS Training seminar that trains federal, state and local law enforcement on terrorism and violent crime. Known as the best week of information sharing on these topics in the country, the effort is a partnership between the FBI, the Maryland Coordination and Analysis Center, and InfraGard of the National Capital Region.

Honorees included (in order of presentation):

Kristina Tanasichuk, CEO, Government Technology & Services Coalition and Executive Editor, Homeland Security Today
Tanasichuk was selected for her non-profit work supporting and advocating for first responders and the greater homeland security community. She has raised over $200,000 for homeland security charities, served in leadership positions to promote information sharing between the public and private sectors to protect the nation’s critical infrastructure, and worked tirelessly to provide the homeland security community with facts, context, and subject matter expertise around the most pressing issues facing the nation.

Glenn Whisman, Corporal, Anne Arundel County Police Department
On March 31, Corporal Glenn Whisman was patrolling Route 100 when he observed a vehicle fire. Armed with only a fire extinguisher, Corporal Whisman approached the heavily damaged vehicle to find the female driver in and out of consciousness. Unable to open any of the doors, he broke the driver side window and “muscled” the 108 lb, 42 year-old driver to safety. Moments later, the entire vehicle was engulfed in flames.

Above & Beyond Lifetime Achievement Award
Vivian Bailey, 1LT, United States Army, Women’s Army Corps (ret.)
Born in February 1918, Ms. Bailey enlisted in the Women’s Army Corps from 1942-1946 as the Unit Commander of the Women’s Detachment #2 and was honorably discharged earning the Women’s Army Corps Medal, American Theater Medal, WWII Victory Medal, and a letter of Commendation. She then worked for the Veterans’ Administration and the Social Security Administration. Beginning in the Vietnam War era, Ms. Bailey began a care package program where she raises money to send care packages to our troops. She also raises money for school children to participate in field trips. Howard County renamed February 2018 as Vivian Bailey Month.

The dinner featured keynote Cathy Lanier, former Chief of the Washington D.C. Metropolitan Police and now Chief Security Officer of the National Football League, and a special ceremony to recognize the sacrifice of the nation’s fallen officers. Through special music, recognizing peers who have gone “Above and Beyond,” and sharing common values and inspiration the dinner honors those who protect the nation. More information is available at http://midatlanticinlets.com/wordpress/.