“Fire and water have no mercy.” – Old English Proverb

“The Chinese use two brush strokes to write the word ‘crisis.’ One brush stroke stands for danger; the other for opportunity. In a crisis, be aware of the danger – but recognize the opportunity.”

While the Chinese character for crisis may be misrepresented in the quote from John F. Kennedy, it does not diminish the fact that despite the tragedy of a crisis, opportunities arise that can help reduce the impacts of a future crisis.

We only have so much time following a disaster to identify lessons learned and determine how we can improve our response to the next similar crisis. History has example after example of a paradigm shift following a crisis or disaster. People and organizations are motivated, funds are found, and resources are redirected. With the record-breaking, climate-change-induced deadly wildland fires over the past two years, we are now in one of those crisis moments when we are again offered the opportunity to comprehensively focus our efforts on reducing loss of life during a disaster. Indeed, it is our responsibility to do so. 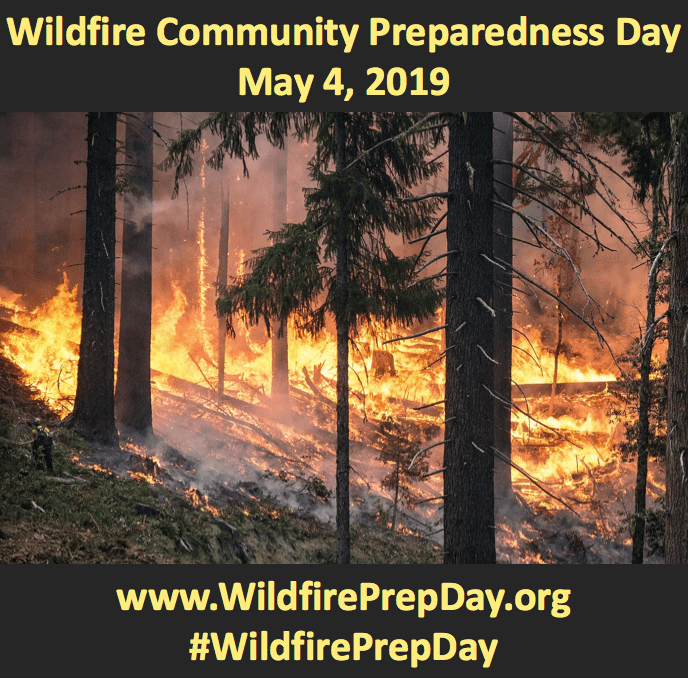 In 1942 as the war in the Pacific was underway the United States was concerned about an incendiary attack by Japanese “fire balloons” that would ignite the forests and wildlands on the west coast. It was recognized that destructive fires would tap critical resources needed for the war effort as well as tax the government’s ability to respond to the conflagrations. Efforts began in earnest to ensure early fire detection, and fire control was increased in preparation for a potential catastrophic event. Public education efforts equated the prevention of fire with national defense. Smokey Bear and Bambi were created and drafted to promote public compliance in the prevention of forest fires. The war created an opportunity for national unity around forest fire prevention.

From Sept. 22 to Oct. 4, 1970, 773 wildfires in Southern California burned 576,508 acres, destroyed 722 homes and killed 16 people. Following this catastrophic 1970 fire season, a new effort was launched to ensure better coordination of local, state, and federal wildland firefighting response. Under FIRESCOPE (Firefighting Resources of California Organized for Potential Emergencies), the Incident Command System (ICS) and Multi-Agency Coordination System (MACS) was developed and by 1982 it was being used universally in California as the management tool for wildland fire. In 1993, following the devastating Paint fire in Santa Barbara (1990) and the Oakland Hills fire (1991), California adopted the Standardized Emergency Management System (SEMS) to be used for all emergencies in California. SEMS incorporated ICS and MACS.

Following the 2001 9/11 terrorist attacks, President George W. Bush in 2003 directed all federal agencies to use the National Incident Management System (NIMS), which also included ICS in the coordination and response to all national emergencies. This management system covers prevention, preparation, response, and recovery of terrorist attacks, major disasters, and other emergencies. Implementation required all levels of government throughout the nation to work efficiently and effectively together under a common coordinated process.

Following the 2003 devastating fires in southern California that killed 25 and destroyed 3,710 homes, outgoing Gov. Gray Davis and incoming Gov. Arnold Schwarzenegger established a Governor’s Blue Ribbon Fire Commission charged with broad review of all aspects of wildland fire impacts in California. State Sen. William Campbell, then commission chairman, astutely stated, “Unless and until public policymakers at all levels of government muster the political will to put the protection of life and property ahead of competing political agendas, these tragedies are certain to repeat.”

In 2003, experienced fire commanders thought that the 2003 October fire siege was as bad as it could get and we would not experience this severity again in our careers. We were proven wrong in 2007.  2017 then eclipsed anything we had experienced before – and now, in 2018, we in California have completely surpassed all prior records in destruction and loss of life by horrible fires.

Taking a cue from the 2003 fire season, it behooves us to once again convene a Blue Ribbon Fire Commission with a strong focus on evacuation. Ultimately, in times of disaster, be it an approaching wildland fire, debris flow, flood or hurricane, evacuating people may be the only sure way to protect them. But evacuating people is complicated. The decision to evacuate, the timing, the method, the messaging, the manner of alerting, and the coordination of the evacuation all require a great deal of planning, educating, staffing and funding.

Ostensibly, evacuation seems simple: alert those who need to leave and they’ll comply. But of course evacuation is complex. Emergency responders may not fully understand the situation. Technology and staff training limit options, especially when events outpace expectations. Finally, in the chaos of a disaster, citizens ultimately make their own individual decisions on their course of action. In some incidents, emergency officials have enough time to do three things: create a plan, alert the public, and execute the evacuation. Other emergency situations cascade rapidly without adequate time for advance preparation or warning. Alerting becomes the Achilles’ heel of an evacuation when it comes too late or doesn’t reach enough people to prevent loss of life.

Instead of a common approach to alerting and evacuation, however, each of California’s 58 counties has been left to its own devices and resources to safeguard lives and property during a disaster. Then, after each tragedy, news articles identify perceived failures of the impacted county’s systems and methods. Blame is placed, however inappropriately in the light of hindsight, and finally some corrections are made.

But, next time disaster strikes in the adjoining county or in a county that just does not have the resources to identify and fix a problem they do not know they even have, the same systemic problems lead to greater loss of life and property than necessary.

It is time for a paradigm shift. There is no question our legislators and governor understand the issue. They are focused and ready to act. Over the past year, they have passed good legislation and held hearings on further measures. They understand that this problem cannot be solved county by county or legislation by legislation. We need to solve the problem for all of our citizens. So, let a Blue Ribbon Fire Commission convene to look at the wildland fire problem comprehensively on a statewide level and provide recommendations on how to improve our response systems and save lives. From the ashes of this crisis, let us seize a new opportunity.