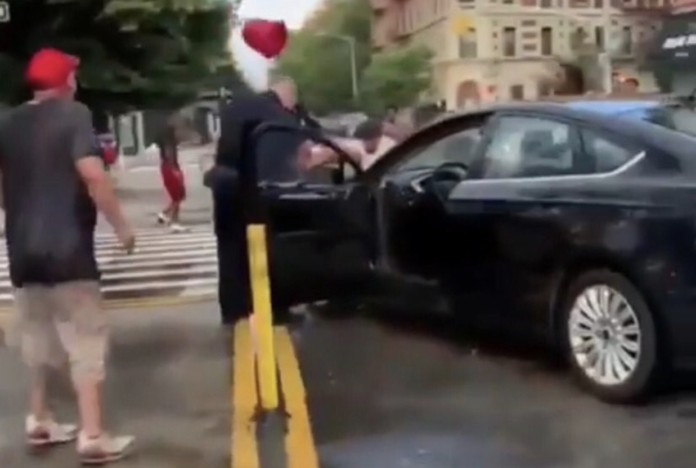 New York leaders slammed the treatment of police officers in a pair of video showing young men throwing buckets of water on cops in Brooklyn and Harlem.

In one of the videos, an officer was doused while handcuffing a suspect; that officer was also hit by someone throwing a plastic bucket. The officers in the videos did not react to the attacks.

“A video from the 28 Precinct shows people interfering in an arrest by throwing water and objects at officers,” he said. “The NYPD kept New Yorkers safe through the heatwave and last night’s outages. We won’t tolerate this kind of disrespect. NYPD is investigating.”

“NYC’s cops & communities have made remarkable progress — together — but EVERY New Yorker MUST show respect for our cops,” he tweeted. “They deserve nothing less.”

The NYC Police Benevolent Association tweeted: “Our anti-cop lawmakers have gotten their wish: the NYPD is now frozen. It’s not the fault of these police officers. It’s the end result of the torrent of bad policies and anti-police rhetoric that has been streaming out of City Hall and Albany for years now.”