5G and Aviation: What Went Wrong and Where Are We Now? 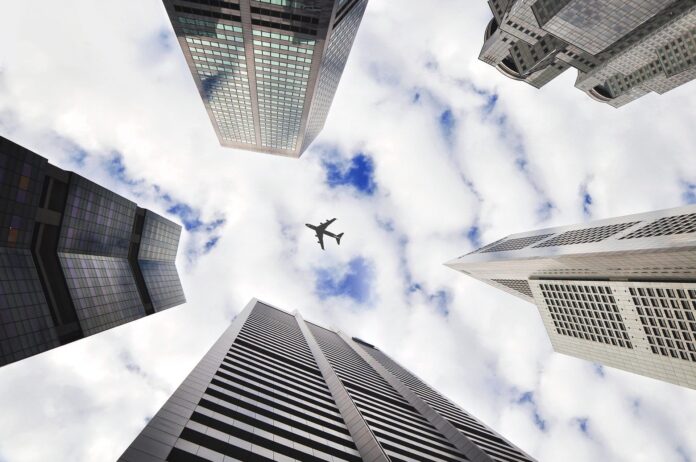 After a series of delays, 5G services launched in 46 U.S. markets on January 19, using frequencies in a radio spectrum called the C-band. These frequencies can be close to those used by radio altimeters, an important piece of safety equipment in aircraft.

The risk of flying an aircraft with a compromised radio altimeter can be disastrous. In 2009 for example, a Turkish Airlines flight experienced faulty radio altimeter readings while on approach, contributing to its fatal crash landing that resulted in nine deaths.

As a result of the safety concerns, some areas were exempt from the January 19 launch. The Federal Aviation Administration (FAA), and providers Verizon, and AT&T have since agreed on steps that they believe will enable more aircraft to safely use key airports while also enabling more towers to deploy 5G service. The FAA said it now has more precise data about the exact location of wireless transmitters and supported more thorough analysis of how 5G C-band signals interact with sensitive aircraft instruments. The FAA used this data to determine that it is possible to safely and more precisely map the size and shape of the areas around airports where 5G signals are mitigated, shrinking the areas where wireless operators are deferring their antenna activations. This, the FAA says, will enable the wireless providers to safely turn on more towers as they deploy new 5G service in major markets across the United States.

On February 3, Chair of the House Committee on Transportation and Infrastructure Peter DeFazio (D-OR) said the stuttered launch of 5G and related aviation concerns in the U.S. could have been avoided. “Numerous aviation stakeholders expressed concerns to the Trump-appointed, former Federal Communications Commission (FCC) Chairman Ajit Pai, prior to and after the FCC voted to open up the C-band for wireless use all the way back in 2018.  But they were ignored.” DeFazio cited various examples from 2019 and 202 of letters voicing concern.

DeFazio said he does not oppose the deployment of 5G but argued that a “dropped call or the inability to access a slightly faster internet connection is not nearly the same as the risk of a potential aviation accident”.

He cautioned that using other countries as examples of successful and safe 5G deployment were unhelpful because most of these countries use either drastically lower 5G power levels than the U.S., operate 5G further away from the frequency used by aircraft radio altimeters, or have required significant safety mitigations, such as airport exclusion zones or 5G antennae placement requirements, to limit the potential for harmful interference to aircraft.

“As I’ve stated before, to make this comparison without recognizing the critical differences that exist between the U.S. and every other country that has deployed 5G technology is disingenuous, misleading, and displays a glaring disregard for the potential safety measures needed to protect the flying public.”

Echoing DeFazio, Chair Larsen said that the aviation industry has expressed concerns about 5G interference as far back as 2015.

Larsen recalled a recent event. “On January 24th, 25th and 26th, Alaska Airlines canceled over 50 flights at Paine Field in Everett, Washington, my hometown. Was it the thicker than usual 24-hour fog? No, planes fly in worse. Was it the Embraer 175 radio altimeter? Also no. Or the runway orientation? Was it pointing the wrong way? That’s a silly assumption to make. Was it just the presence of a radio tower with a soon-to-be activated 5G transmitter? No, not just that. Unfortunately, the problem was all of those things coming together in a perfect storm of technology.”

“This true story about 5G and aviation safety shows that the problem we are addressing today has more layers than a Dagwood sandwich,” Larsen said.

Larsen called for an informal or formalized communication between the FAA and the FCC to be established. In addition, he recommended an informal, non-governmental discussion “on 5G, on radio altimeters, on next steps that can be used to inform the more formal mechanisms”.

FAA Administrator Dickson spoke of the work to date and the impact on the aviation industry. He said that while the buffer zones created by the wireless providers reduce the strength of 5G signals around airports, they do not fully eliminate it.

He added that the FAA will move quickly to use testing data and and other insights to further refine its models and safely enable additional 5G deployment. “We are confident we will work through this issue safely with minimal disruptions, but we acknowledge that some altimeters—especially older models used by certain segments of the aviation industry—may not receive approval as being safe in the presence of 5G emissions and interference, and may need to be replaced.”

During the hearing, Dickson was asked by representative Tim Burchett why the FAA waited until a month before the originally scheduled rollout of 5G to take safety mitigation actions. Dickson responded that the FAA does not regulate the telecommunication companies and therefore did not have the data needed until able to work with them directly. “And as we discovered when we began that dialogue, the data that we were asking for from them, they actually had never provided to the government before.”

At the hearing, Captain Joe DePete, President of the Air Line Pilots Association, said the FAA should be funded and charged to stay better informed and included as a key stakeholder in any national spectrum strategies, including mobile wireless (5G or future) radio spectrum strategies. “The FAA should be empowered to interact directly with FCC when required and not be limited in coordination by relying on another federal agency that does not understand aviation’s carefully designed and very robust safety risk mitigation strategy,” Captain DePete said.

Airlines for America presented data on the impact of 5G since January and said the issue would likely take years rather than weeks to fully address. “The U.S. aviation industry should not be in this position and the process that led to this operational nightmare should be held up as a cautionary tale of government communication and coordination gone awry,” Airlines for America President and CEO Nicholas E. Calio said. “It is not a partisan problem; it is a government process problem that desperately needs to be addressed. One can assume there will be 6G, 7G and many other spectrum utilization issues in the future; those efforts should be seamlessly integrated into the broader economy without causing seismic disruptions to critical industry segments. Unfortunately, there are no easy answers for the current dynamic, but a framework can be put in place to make sure this never happens again to our industry, or any other for that matter.”