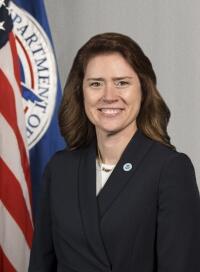 Acting Deputy Administrator of the Transportation Security Administration Patricia Cogswell left the agency this month as an appointee was announced for the role last month.

TSA Administrator David Pekoske told employees in a memo at the end of July that Cogswell was retiring, thanking her for 24 years of federal service. She served in the acting role for two years.

Cogswell received the DHS Policy Thought Leadership Award in 2010 and 2011 and the DHS Secretary’s Award for Excellence in 2008. She led a number of security initiatives at the White House, Department of Homeland Security, and Department of Justice related to intelligence, border security, screening and watchlisting, aviation, maritime and surface transportation, and information sharing. She previously served as Acting Deputy Assistant to the President for Homeland and Special Assistant to the President for Transborder Security at the National Security Council.

On July 17, the White House announced that Michael Miklos had been selected to be the next TSA deputy administrator.