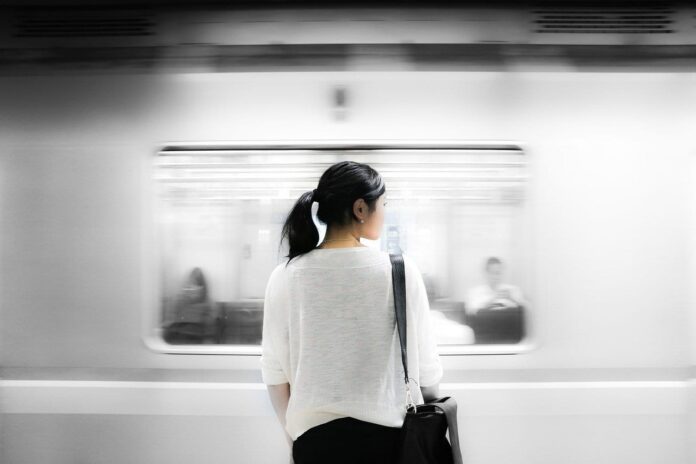 Recent incidents on public transportation networks underline the importance of such legislation. Fiston Ngoy, 35, was recently charged with sexually assaulting and raping a passenger on a train traveling from Philadelphia to its suburbs on Oct. 13. The New York Times has reported that Ngoy has a record of arrests, including a conviction of misdemeanor assault for grabbing women. A native of the Democratic Republic of Congo, according to court records, he has overstayed a U.S. student visa and fought past attempts at deportation.

“When it comes to the transportation of people, safety must always come first, and that includes protecting people from sexual harassment and assault,” Committee Chair Peter DeFazio (D-OR) said. “With this legislation, we can make important strides toward adequately training personnel, establishing formal policies against sexual assault and harassment, and facilitating the reporting of these incidents. In addition, my bill would help the public understand the scope of this problem by establishing the first-ever federal clearinghouse for transportation-related sexual assault and harassment data.”

“AAJ commends Chair DeFazio for reintroducing this important bill which will facilitate the prevention and reporting of sexual assault and sexual harassment, and provide critical safety information to consumers so they can make informed decisions on which transportation providers are taking concrete steps to keep them safe,” Linda Lipsen, CEO of the American Association for Justice said.

“It’s not enough to say sexual harassment and assault is wrong; we need concrete actions to stop it, respond with victim support, engage every stakeholder, set a clear tone of zero tolerance from leadership, and deter perpetrators with clear consequences for their actions. Chair DeFazio is continuing to march us forward with this bill to do just that in all forms of transportation. Flight Attendants approve! It’s a no-brainer for every member of Congress who wants to protect their constituents in transportation to sign on and pass this legislation quickly,” Sara Nelson, president of the Association of Flight Attendants-CWA, representing nearly 50,000 Flight Attendants at 17 airlines, said.

“The Association of Professional Flight Attendants (APFA) commends Representative Peter DeFazio (OR-4) for reintroducing the Stop Sexual Assault and Harassment in Transportation Act which seeks to deter inappropriate behavior directed at Flight Attendants and other transportation workers. It is unacceptable that in 2021 Flight Attendants are still encountering harassment and violence at work. This bill will help ensure passenger’s expectations for behavior are clear, and violators face strong penalties for sexual assault and harassment. Amidst the recent surge of incidents involving unruly passengers, the need to pass this legislation is not only imperative, it is also commonsense: Flight Attendants must be protected in our workplace. Thank you, Representative DeFazio, for standing up for transportation workers,” Julie Hedrick, APFA National President, said.

“No one should ever be a victim of sexual assault or harassment, let alone while on public transportation. This bill will require training for transportation providers about sexual assault and trafficking, including how to recognize potential victims. The recent rape of a woman on a Philadelphia-area train is a grim reminder that more needs to be done to better protect the public,” Dawn Hawkins, CEO of the National Center on Sexual Exploitation, said.

“Recent and disturbing incidents of sexual violence on major transportation services dictate a more robust response to address and ultimately prevent violence against women across the transportation industry. The Stop Sexual Assault and Harassment in Transportation Act will help ensure the safety of women and girls across all transportation sectors by promoting the adoption of formal protocols, increased and targeted training for transportation employees and data tracking, and greater transparency to help keep women safe from violence and harassment across our entire transportation system. We thank Chair DeFazio for his leadership on this legislation and look forward to seeing it become law,” Yasmin Vafa, Executive Director, Rights4Girls, said.

“The Stop Sexual Assault and Harassment in Transportation Act is vital because it provides remedies for survivors who are sexually harassed and assaulted within the transportation system, while holding perpetrators accountable for their actions. We thank Chair DeFazio for his leadership on this important issue and urge Congress to pass this bill into law,” Autumn Burris, Founder, Survivors for Solutions, said.

“Sadly, sexual harassment and assault is prevalent in our transportation sectors. Too often, frontline workers often face the brunt of this abhorrent behavior while perpetrators go unpunished. No one should be expected to work in an environment that degrades their humanity – especially transportation workers who also double as first responders in emergency situations,” Greg Regan, president of the Transportation Trades Department, AFL-CIO (TTD), said. “Transportation labor applauds Chair DeFazio for his dedication to the safety and dignity of our members by introducing the Stop Sexual Assault and Harassment in Transportation Act which provides new tools and protections to combat sexual and physical assault.”

Organizations supporting this legislation include:

Other legislation approved on October 27 included the Aviation Funding Stability Act of 2021, which has more than 40 bipartisan cosponsors. This legislation will insulate FAA programs and personnel, and the U.S. aviation industry, from the effects of a future federal government shutdown.