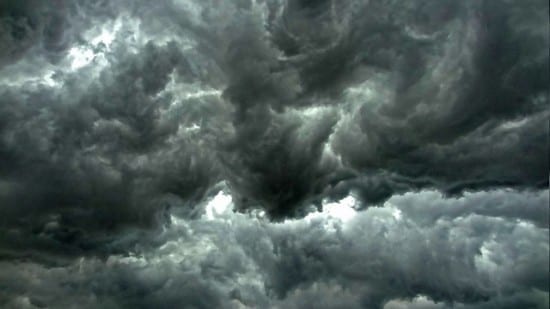 The Defense Department is stepping back from a $950 million, five-year cloud transition contract awarded to REAN Cloud on Feb. 8. The Pentagon whacked the contract ceiling by more than 90 percent, to $65 million, and narrowed the scope from all DOD to a single organization, the U.S. Transportation Command (USTRANSCOM), The Washington Post reported March 5.

“After reviewing the production agreement recently awarded to Rean Cloud LLC, the department has determined that the agreement should be more narrowly tailored to the original scope of the prototype agreement, which was limited to United States Transportation Command applications,” Army Col. Robert Manning, a Pentagon spokesman, told reporters March 5, according to a report in Nextgov.

“REAN Cloud has not been made aware of the basis for the DoD’s recently stated intention to reduce the contract ceiling to $65 million. However, it is clear that many DoD agencies wish to procure these services,” said Sekhar Puli, REAN Cloud managing partner in a March 7 REAN press release.

“Based on its record of success, REAN Cloud remains confident that it, along with other cloud service providers and vendors, can service the demands of U.S. military customers through existing or other contract vehicles,” Puli added.

Oracle protested the REAN award on Feb. 20, calling it “an egregious abuse” and “shrouded in secrecy,” according to the Post. Rean “serves as a front for AWS,” creating a conflict of interest, Oracle charged. Oracle, which reported $2.2 billion in net income for the first quarter of 2018, saw its revenue rise 7 percent to $9.19 billion, largely on a 51 percent increase in cloud revenue and 62 percent revenue growth in software-as-a-service, Forbes reported Sept. 14, 2017.

“Based on the threat of legal action and protest by the old guard, the only winners in this delay are those large companies that stand to lose money if the DoD proceeds with innovation,” Puli said. “In the meantime, the cost of maintaining antiquated government infrastructure has not subsided.”

The Defense decision to ratchet back the REAN contract comes in the midst of  a wave of federal cloud migration attempts.  The FBI announced Feb. 16 that it was seeking industry input in exploring a cloud move for its expiring $30 billion, eight-year enterprise information technology contract, Homeland Security Today reported Feb. 22.

The Homeland Security Department Customs and Border Protection bureau followed on Feb. 28 with a request for companies to comment on its plan to move all applications out of its National Data Center complex in Springfield, Va., to a commercial cloud by the end of September 2019, Government Cloud Insider reported March 1.

Defense struck the REAN deal using a streamlined, specialized fast procedure, outside the federal acquisition regulation (FAR), called an other transaction agreement (OTA). Use of the nontraditional OTA, coupled with the fact that REAN is an an Amazon Web Services partner, raised a furor among federal information technology contractors. They viewed the fast award to REAN as a signal that Amazon was the favorite for an even bigger contract to move all of DOD’s unclassified, secret and top secret data to the cloud.

REAN’s award began in February 2017 with an OTA from USTRANSCOM for IT modernization through cloud migration. By September 2017, REAN had moved five TRANSCOM applications to a protected enclave within a government-authorized cloud environment hosted by a commercial provider, according to an Oct. 25, 2017, TRANSCOM press release.

TRANSCOM planned to move 22 more apps onto a cloud-native platform by the end of 2017 and complete the migration of all its systems by July 2018.

OTAs usually have focused on attracting nontraditional contractors with unconventional approaches into the federal market for relatively small sums. They have become increasingly popular in recent years due to congressional encouragement via National Defense Authorization Act provisions.

“We applaud [DIUx’s] efforts to advance the Department’s initiative to accelerate adoption of cloud technologies,” Manning said. “After consideration, however, the Department has decided to modify the production agreement to descope the ceiling to $65,000,000 and limit the scope of work to services being only available to USTRANSCOM.”

Manning’s announcement came just two days before a planned March 7 industry day on the Defense Joint Enterprise Defense Infrastructure (JEDI) contract. Likely worth billions of dollars, JEDI would centralize defense data and systems in a single cloud environment. The department will move to the cloud “in an aggressive yet rigorous manner,” according to an Oct. 30 RFI. “DoD is seeking technical parity with commercial cloud, even if private or hybrid cloud services are part of the final solution.”

A Nov. 6 DOD strategy document obtained by Nextgov and other press outlets last December said DOD was planning a full and open single-award, indefinite delivery/indefinite quantity JEDI contract with a single cloud service provider for up to 10 years. Contractors and their advocacy groups said the RFI and other material about JEDI gave the impression that DOD plans to move to just one cloud provider and that AWS has an unfair advantage, Inside Defense reported Dec. 6.

“The referenced JEDI document does not mention sole source award; it mentions a single award. This is one of many draft documents used to spark discussion and debate in an effort to determine the acquisition strategy that will best meet the Department’s requirements,” DOD responded in a Feb. 15 press release.

Fears about Amazon’s dominance of the federal cloud market were stoked in summer 2014, when the 17-agency intelligence community (IC), of which the FBI is a member, began using an AWS cloud solution. The 10-year, $600 billion contract under the Intelligence Community Information Technology Enterprise (IC ITE) was hotly contested and only awarded after AWS won a lawsuit and IBM gave up its protest, The Atlantic reported in July 2014. AWS is the largest commercial cloud provider in the world, according to IT market analyst Gartner.