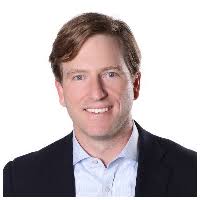 Christopher Krebs has been nominated as the undersecretary of the Department of Homeland Security’s National Programs and Protection Directorate.

Krebs has been serving in the role as undersecretary since 2017, overseeing the cyber and physical infrastructure security mission for the department while concurrently serving as assistant secretary in the Office of Infrastructure Protection.

Prior to this, he was director of cybersecurity policy with Microsoft’s government affairs team for three years, and he has also held positions as a principal of Obsidian Analysis and a vice president of Dutko.

Krebs holds a bachelor’s in environmental sciences from the University of Virginia and a J.D. from the Antonin Scalia Law School at George Mason University.

Krebs’ nomination coincides with the House passage of a bill that would reorganize NPPD, binding its cyber and physical security missions . If his nomination is successful, Krebs will be the first permanent undersecretary since Suzanne Spaulding left the post in January 2017, and he will lead the agency as it becomes the government’s top civilian cyber agency.

“I’ve known Chris for years, and both in and out of government, he has shown a steadfast commitment to advancing policies that will improve our homeland security, particularly in the cyber domain,” Rep. Jim Langevin (D-R.I.)  said in a statement following the announcement. “During his time as Assistant Secretary for the Office of Infrastructure Protection, I have been pleased by the increased emphasis he has placed on assisting states with election security requests, and I am sure he will continue that focus in his new role.”