New Coast Guard regulations tell potential recruits that it’s OK to get inked — up to a certain point.

In its announcement of the new policy today, the Coast Guard said it’s “aligning the policy closer to current tattoo trends,” which “allows the Coast Guard to increase the pool of otherwise-qualified potential applicants for service.” 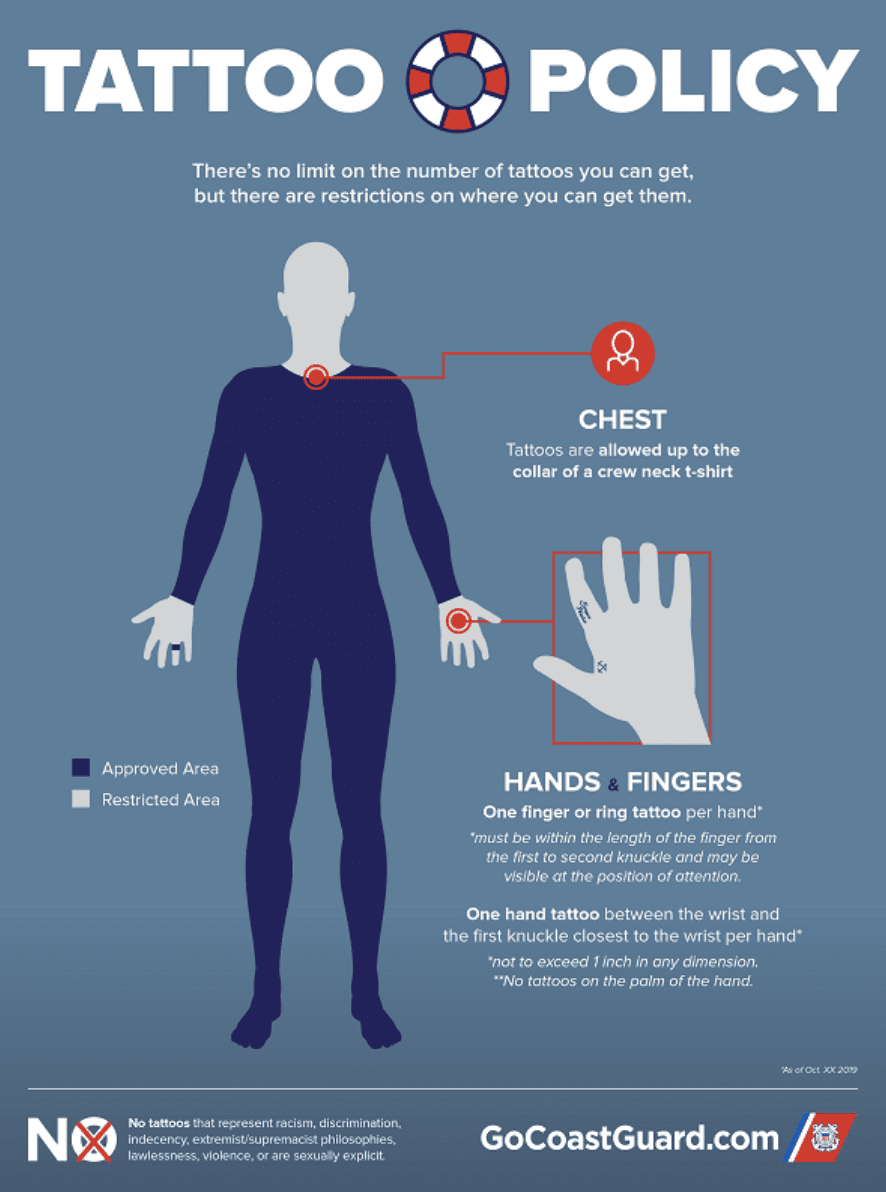 The policy, effectively immediately, applies to both current Coasties and new recruits.

Those options include body tattoos as long as they don’t inch above the collar of the Coast Guard’s Operational Dress Uniform’s (ODU) crew neck T-shirt. One finger tattoo per hand — between the base of the finger and the second knuckle — will be allowed, with no thumb art permitted. On the hand itself, one tattoo no larger than an inch wide on the back of each hand is permissible.

The content of the ink matters, as the Coast Guard bans tattoos “that represent racism, discrimination, indecency, extremist/supremacist ideals, lawlessness, violence, or are sexually explicit.”

And while the USCG said this policy update “strikes a balance between personal expression and maintaining our sharp military appearance,” the line is drawn at other types of expression: “The rules governing body piercings and other body modifications have not changed from the previous policy.”

In March, Commandant Adm. Karl Schultz said the USCG was examining policies that could be a barrier to retention or recruiting, including tattoo rules and body mass index.

After temporarily put the brakes on discharges based on body fat or weight standards to review the guidelines, the Coast Guard began a one-year pilot program Oct. 1 to “meet the service’s operational needs and challenges while also maintaining healthy weights and body fat percentages.”