The Paradise California Campfire: A Survivor Speaks (and Films) the Lessons 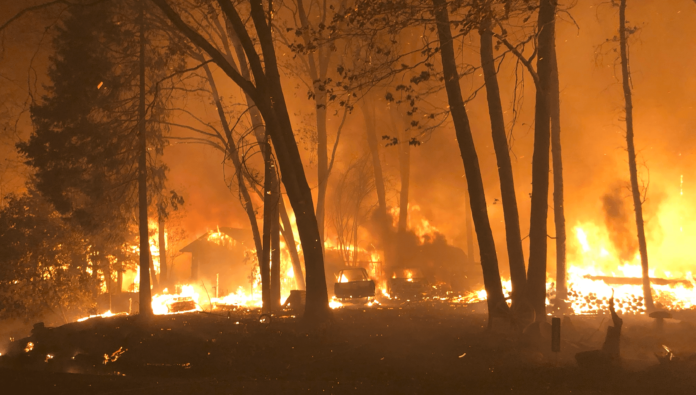 Join us for a conversation with Christopher Allen Smith, an Emmy-Award Winning documentarian, who lived in Paradise, California with his family until the Camp Fire consumed his home in November 2018.

Since then, he has been conducting interviews and research into the history of the fire as well as the lessons taken by first responders, civilians, government officials, and private disaster planners, to produce film and writing projects based on those lessons. Smith also acted as a Field Producer for Ron Howard’s REBUILDING PARADISE as well as the writer/director of the PBS broadcast documentary A HIGH AND AWFUL PRICE: LESSONS LEARNED FROM THE CAMP FIRE.

In this webinar we will talk to Chris about his experience, the lessons he learned from the disaster, and his lessons learned for others that he is documenting in an exclusive column with Homeland Security Today.

We present this series to bring a voice to the victims of disaster and add some personal texture and experience to the impact of disasters, terrorism, and other tragic acts of violence.

See episode 1 of A High and Awful Price: Lessons Learned from the Camp Fire here