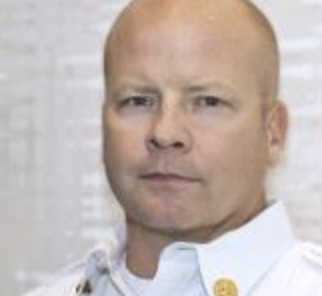 Capt. John Delaney is the program manager for Arlington County Fire Department’s High Threat Response Program, which focuses on building operational capabilities necessary for atypical threats including active shooter, explosive and fire as a weapon events. The program focuses on the development of multiagency, integrated police and fire response. Previously he was the team leader for the National Medical Response Team–National Capital Region (NMRT-NCR). The NMRT-NCR was a federally funded weapon of mass destruction response team which comprised of over 150 fire fighters, paramedics, hazardous material specialists, law enforcement officers, doctors, and nurses from within the Washington metropolitan region.

Captain Delaney has participated in response to multiple large-scale regional and national emergencies; including the 1998 Florida Wildfires, 2004 Hurricane Charley, 2001 Anthrax Attack at the Senate Office Buildings, the September 11, 2001 attack on the Pentagon and the Haiti earthquake of 2010. He is the former Chair of the InterAgency Board (IAB) and currently heads the National High Threat Institute. He is a graduate of James Madison University and in 2008 received his Master’s Degree in Homeland Security from the Naval Postgraduate School.