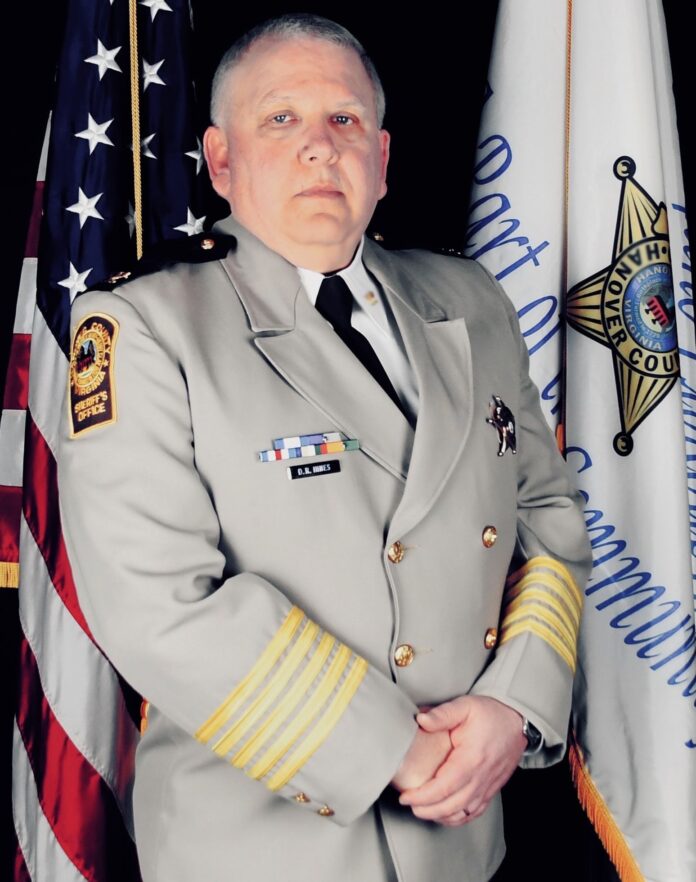 Sheriff David R. Hines has been in law enforcement in Hanover County, Virginia, for more than 35 years.  A lifelong advocate for the community, Sheriff Hines was elected to his current position in 2010 after serving as Lieutenant Colonel of the Sheriff’s Office as well as in many other progressive positions throughout his career.  He is a graduate of the Richmond Regional Criminal Justice Center at the University of Richmond and the 195th Session of the FBI’s National Academy.

Sheriff Hines has provided the highest level of leadership and public service to the residents of the county. Committed to excellence, he has been instrumental in improving public safety measures and preventing crime from occurring across the region.  Sheriff Hines has been recognized by Virginia Governors McDonnell (R) and McAuliffe (D) for his service and expertise. He was appointed to the Governor’s Task Force on Prescription Drug and Heroin Abuse as well as the Governor’s Board of Juvenile Justice—two initiatives focused on improving life for all Commonwealth citizens.  Moreover, Sheriff Hines has been key in elevating the profile of Hanover County nationwide.  He was acknowledged by the National Center for Missing and Exploited Children, an event which culminated in the presentation of an award for leadership during the search for missing child Robert Wood, Jr.  Sheriff Hines’ direction and ability to deploy resources in an effective and efficient manner resulted in the young child being safely reunited with his family.  Most recently, for his homeland security and anti-terrorism efforts, Sheriff Hines was recognized by Homeland Security Todaywith the 2019 Excellence in Outreach (Local) Award.  Sheriff Hines was selected in July 2020 as the American Legion (Virginia) Law Enforcement Officer of the Year.

On a local level, Sheriff Hines has exercised sound judgment and implemented innovative concepts to benefit the county’s law enforcement endeavors.  Focused on exceptional service to the public good, he has built and strengthened community partnerships with faith-based, non-profit, and corporate organizations, at all times striving to inspire confidence and respect amongst citizens and aiming to position the agency as a model of excellence.

Sheriff Hines was born in Richmond and has resided in Hanover since the age of 8. Colonel Hines and his family worship at Mechanicsville Baptist Church, where he serves on the Board of Deacons. He is also a 32nddegree Mason at Washington Henry Lodge, #344, A.F. & A.M. and Metropolitan Lodge #11 A.F. & A.M. He and his wife Pat have been happily married since 1978.  They have two children and currently reside in Hanover County.