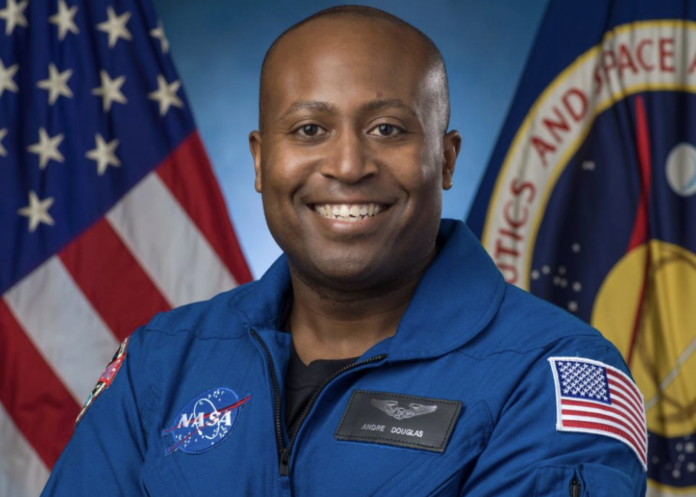 Andre M. Douglas, a 2008 graduate of the U.S. Coast Guard Academy, was selected by the National Aeronautics and Space Administration (NASA) to join the two-year Astronaut Candidate Program.

Douglas is one of 10 chosen from a pool of more than 12,000 applicants competing for a chance to join NASA’s astronaut corps and take part in its human spaceflight program. He is scheduled to report to the Johnson Space Center in Houston next month to begin training in spacecraft systems, spacewalking skills, teamwork, and a variety of other subjects. After graduating from the Academy with a bachelor’s degree in Mechanical Engineering, Douglas was selected for the Marine Engineering Post Graduate Degree Program. He attended the University of Michigan, graduating with dual Master of Science degrees in Naval Architecture and Marine Engineering and Mechanical Engineering.

In 2015, Douglas received the Black Engineer of the Year (BEYA) award in the Most Promising Engineer category for distinguished service as a naval architect and marine engineer, electrical staff engineer, and Salvage Engineering Response Team (SERT) duty officer in the U. S. Coast Guard.

He currently serves as a Space Systems Engineer at the Johns Hopkins University Applied Physics Laboratory, where he worked on maritime robotics, planetary defense, and space exploration missions for NASA.

Upon completing the program, Douglas will join Cmdr. Bruce Melnick ’72 and Capt. Dan Burbank ’85 as the third Coast Guard Academy alum to become an astronaut.