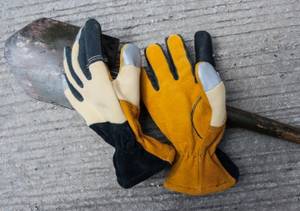 “The glove is now commercially available for firefighters use from Shelby Specialty Glove,” said the DHS announcement.

NanoSonic has developed a durable material called HybridSil—a Kevlar -based fabric that is both heat and water resistant. HybridSil can withstand punctures and lacerations that current structure gloves may not. S&T is working with NanoSonic to ensure the final glove meets all identified first responder requirements, standards and certifications.

“To make certain the glove truly met the needs of firefighters, S&T sent each prototype to be tested by fire departments across the nation,” DHS said. “Testers used the glove in a series of exercises designed to replicate real life scenarios. Firefighters used the gloves as rigorously during testing as they would in the field. Each iteration featured improvements based on firefighters comments. The current version of the glove was assessed in spring 2014 and evaluated against five categories: ease of donning and doffing, proper fit, puncture resistance, dexterity and thermal protection and heat dissipation.”

After gathering feedback from responders through several rounds of testing, the final specifications for the glove were captured. The finished product will feature three layers of HybridSil material.

The Improved Structure Firefighting Glove is expected to be available commercially in 2014.