Prior to his selection as Director, Gauthier served as an agent for over 20 years with the Naval Criminal Investigative Service (NCIS). 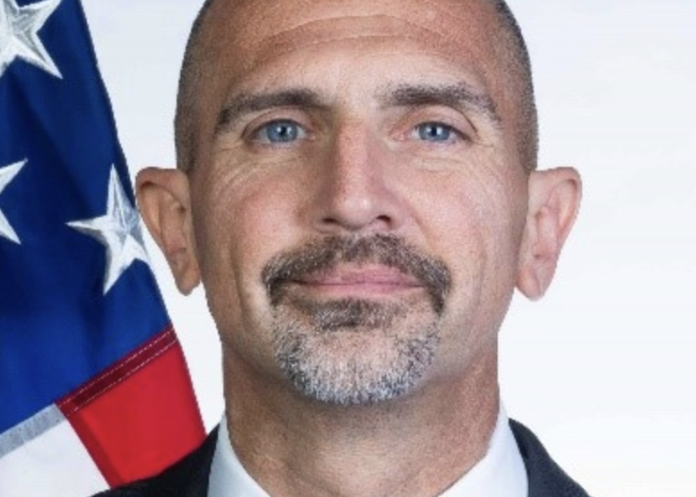 Jeremy Gauthier has been selected as Director of Coast Guard Investigative Service.

This position is responsible for the design, development, and implementation of policies, regulations, and procedures for Coast Guard-wide investigative operations and administrative activities of CGIS Regional and Resident Offices, task force operations, protective services, force protection, training, and special operations detachments of CGIS. In this capacity, Gauthier will be responsible for ensuring all such operations are performed in accordance with Coast Guard, Department of Justice (DOJ), Department of Homeland Security (DHS), and accepted federal law enforcement standards and requirements.

Prior to his selection as Director, Gauthier served as an agent for over 20 years with the Naval Criminal Investigative Service (NCIS). Most recently, he was the Strategic Advisor to the NCIS Director. Gauthier developed new initiatives and policies across mission areas, and engaged with executive leadership on behalf of the Director. Formerly, Gauthier served as the acting Executive Assistant Director and Assistant Director (AD) with the Cyber Directorate. He led 170 personnel, advanced cyber innovation for the agency, and coordinated investigations and operations in the cyber domain to detect, deter, and neutralize criminal and foreign intelligence threats to the Department of the Navy.

Gauthier’s prior leadership positions further include AD for Atlantic Operations, where he oversaw eight field offices and elements throughout the Eastern United States, Europe, the Middle East, and aboard carrier and expeditionary strike groups; Special Agent-in-Charge (SAC) of the Washington Field Office, where he oversaw criminal and counterintelligence activities in the National Capital Region, Delaware, Eastern Maryland, and West Virginia; and Deputy Assistant Director, Criminal Investigations and Operations Directorate (Criminal Directorate). His prior assignments include Division Chief for the Family Sexual Violence Program, Criminal Directorate; Assistant Special Agent-in-Charge of the Northeast Field Office; and Supervisory Special Agent assignments in the Northeast Field office and Contingency Response Field Office across criminal and national security disciplines.

Gauthier served 12 years in the U.S. Marine Corps, the last five of which were as a Marine Special Agent with NCIS at NCIS Resident Agency Parris Island, SC.  In 2005, Gauthier transitioned to a civilian Special Agent with NCIS where he served in a variety of global assignments and mission areas, including NCIS Resident Agencies in Little Creek, VA, Al Asad, Iraq, Helmand Province, Afghanistan, Newport, RI, and the Contingency Response Field Office, Glynco, GA.