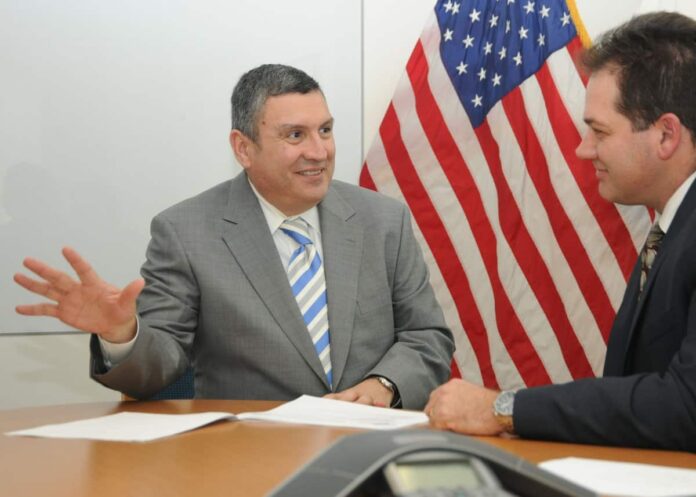 Alfred Rivera, director of the Defense Information Systems Agency’s (DISA) Development and Business Center, retired Jan. 4 after a 35-year career with the federal government. No replacement has been named.

“The most important thing I’ve learned in all these years is how to build the right teams to be successful,” said Rivera. “I’ve always said that I don’t necessarily want to be the smartest person in the circle. Being a good leader is about bringing the right people who are very good at what they do together, and then being the guy who molds solutions and capabilities.”

He began working at DISA as a GS-15 systems engineer in 1992. Only 30 years old at the time, Rivera was already making his mark in the federal information technology space.

In 1994, Rivera became the chief engineer for the agency’s computing centers. In 2001, he joined the ranks of the Senior Executive Service as the chief technology officer for the agency’s legacy Computing Services organization, where he provided guidance on technical architectures and standardization for mission critical information systems. Following the CTO position, Rivera became the director of Computing Services.

The awards recognized Rivera for his bold vision for technical innovation in data processing and his work in dramatically transforming and enhancing Department of Defense computing services for the warfighter.

Rivera revolutionized the process through which customer applications – and associated database, storage, and communications components – were administered throughout the enterprise. This change resulted in improved operational performance and significant economies of scale, and represented a major paradigm shift away from legacy structure that fostered local administration and control of all computing resources.

“I really enjoyed doing the computing side and helping to evolve computing at DISA,” said Rivera. “When I got here, we had just inherited that responsibility. In fact, DISA had just become DISA in 1991 and we had inherited all these data centers which were not previously a core function of the agency,” he said, referencing the enhanced mission and name change of DISA’s predecessor organization, the Defense Communications Agency.

Rivera was instrumental in the agency’s data center consolidation effort. There were 59 DISA-managed data centers when he started. As a result of his leadership and vision, DISA now has 11 data centers.

In 2014, Rivera became the principal director for the agency’s legacy Enterprise Services organization, where he led approximately 3,800 personnel managing the operations of DOD combat support applications.

“The implementation of DOD Enterprise Email was one of my most memorable projects,” said Rivera. “That was probably the biggest challenge, as well as the most successful implementation.”

Today, DEE is one of the largest independent email systems in the world. DEE saves millions of dollars by leveraging the buying power of the entire department. It was the first DOD service to use a single authoritative identity management capability, which establishes a foundation for adopting other IT enterprise services.

Additionally, Rivera was actively involved in the effort to provide infrastructure services that have promoted the rapid implementation of cloud-based capabilities for DISA.

“All the jobs I’ve had have given me a broader understanding of the different aspects needed be a good leader and to be able to build capabilities. It’s not just one technology, but the formulation of multiple technologies,” he said. “Building a capability is more than just the technology itself, it’s about how you bring the business side into it and how do you bring the contracting and the acquisition side into it.”

Even with all of his mission contributions, Rivera most values his contribution as a mentor.

“I reflect very fondly on my time helping people position themselves for their future careers — whether it’s education or taking the right opportunities, I’ve helped folks understand how they can achieve the next step,” he said.

“I take great pride in the fact that some of the people I’ve mentored have become senior leaders themselves. To me, that is success.”

When it comes to the future of the agency, Rivera expects to see DISA continue to be flexible and evolve to meet department needs by adapting industry innovations to meet warfighter needs.

In retirement, Rivera plans to spend time working with animals and animal rescue centers. He’s the proud owner of two rescue dogs: Cooper, a cocker spaniel, and Raven, a cockapoo. He also plans to work as a consultant.

“I will miss everybody. The fact that I’ve been here so long and know so many people, that’s why I’ve loved it here at DISA,” he said.