Digitalization Initiatives Will Transform How IRS and Taxpayers Do Business

Enterprise Digitalization is building on the momentum of initial test-runs by pursuing innovative emerging technology pilots. 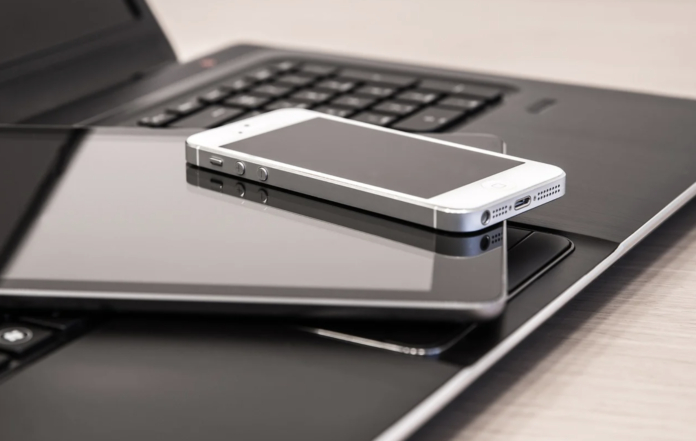 How people do business with the IRS and how employees access data to make interactions more efficient for all involved could dramatically evolve for the better thanks to digital transformation initiatives within the agency.

The IRS Digitalization Strategy envisions a digitally driven IRS by 2025, making data accessible in a format that enables employees to fully use digital tools to make decisions and serve customers.

“We are all in this together; we are all trying to support the taxpayer mission,” Smith said, stressing that finding a balance and creating partnerships are key to moving forward on digitalization.

And if there’s a “disagreement about best way to get there, that’s OK,” Smith said. “If we don’t have divergent backgrounds, different views, we’re not going to get to the place where we need to be.”

The first goal is to reduce paper volume by creating and enhancing digital channels to support the receipt, use, and transfer of digital data; minimizing internal paper-producing processes; and supporting the IRS’ goal to comply with the Federal Records Centers mandate.

The third goal is to prepare the IRS to manage digital data by using authoritative electronic record-keeping solutions and practices to fullest extent possible; strengthening data intake capabilities to enable the validation, storage, protection, and sharing of data; and training and supporting IRS employees on the use and management of electronic data and records.

Mitchell Winans, senior advisor at the IRS Enterprise Digitalization Office, said that while emphasizing a partnership mentality a notable challenge is finding the best combination of policies and business processes to further digitalization goals. “The IRS is a very target-rich environment for digitalization,” he said.

“IRS loves its forms,” he added, noting that the agency has historically had more than 1,400 different paper forms.

“We’re trying to do good job of thoroughly researching capabilities – how tools would work in the IRS space,” Winans said.

Enterprise Digitalization is building on the momentum of initial test-runs by pursuing innovative emerging technology pilots to help address ongoing digitalization challenges, including the first digitalization technology vertical focused on extracting machine-readable data while faced with hurdles such as scanning low-resolution images and capturing data from inconsistent and low-quality documents.

Scanning reduces paper and adheres to all digitalization goals, yet with the sensitivity of information collected by the IRS “you quickly recognize why this project has not been easy.”

The “ultimate goal is to destroy the paper records for any document that is scanned,” Roinestad said, after IRS has reviewed the quality of the scan. “…Return on investment is key in our evaluations.”

While the project has accomplished a “tremendous amount” thus far, the actual scanning phase has not yet begun as contractors obtain security clearances.

Jessica Daise, technical project manager at the IRS Enterprise Digitalization Office, said that whereas taxpayers currently mail forms and payment to lockbox sites that in turn bundle and ship the papers to IRS for processing, pilot testing in the lockbox network focuses on scanning forms to further digitalization goals, increase efficiency, process forms faster for the taxpayer, and improving employee experiences.

The potential impact could be great for IRS and the Treasury Department as a whole, she noted, and partnerships will help further solutions.

“Now is the time to really lean in and partner with industry,” Daise added.

Eric Bird, technical advisor at the IRS Enterprise Digitalization Office, said one key is “driving information on IRS.gov to the forefront so taxpayers can get answers to questions themselves,” along with “providing additional channels for taxpayers to engage with us.”

“We all want to find different and better ways to engage,” Bird said.

Enterprise Digitalization is currently implementing three Pilot IRS solution challenges to address digitalization priorities related to scanning, data capture, and augmented reality. The purpose of Pilot IRS is to set forth an incremental and modular approach to identify, test, and deploy solutions that support the mission, regardless of whether the solution, technology, or service currently resides within the IRS or federal government.

David Szlapak, technical project manager at the IRS Enterprise Digitalization Office, emphasized that there is “no replacement for direct feedback from our business units who will use it in downstream operations.”

“Pushing our culture to change is not easy,” Szlapak said, and while “vendors move really fast we can’t pivot as quickly in the same way.”

There’s “no guarantee” that any of the pilots will make it to the next stage depending on the results, he said, wherein the team decides “if we want to progress to future rounds.”

“For our modernization efforts, our intent is to build up automation to integrate into the DevOps pipeline,” said Enterprise Systems Testing Director Aaron Francesconi from IRS Enterprise Services. That pipeline starts with committing, then moves on to building, packaging, deploying to the environment, testing, and – if all goes well – finally releasing.

“A lot of what we’ve done to date is manual,” he said, noting that due to the breadth of what is being tested tool support hasn’t been available to test every application.

“EST adds a lot of value – testers are very versed in what the application should do,” he said.

Considering that much tax information is sensitive, some of that sensitive data won’t be used for testing, so it’s a challenge for the IRS to make data statistically accurate and robust for testing.

“We’re looking at how can we get this where it runs unattended without testers,” Francesconi said.