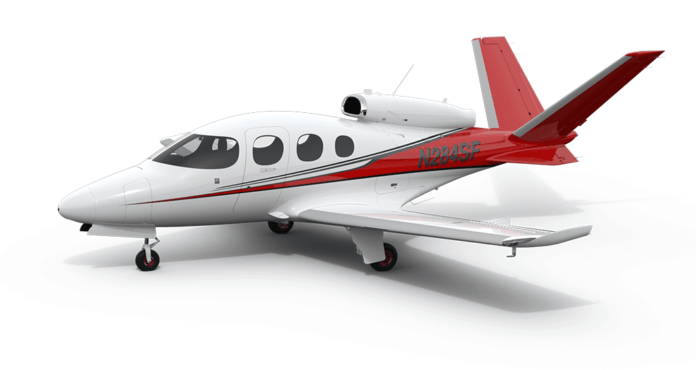 The Vision Jet by Cirrus Aircraft — the first “personal jet” meant to be flown by the owner without the need for a flight crew or professional pilot – received the National Aeronautic Association (NAA) 2017 Robert J. Collier Trophy on June 14. Cirrus Aircraft received this award for “designing, certifying and entering into service the Vision Jet; the world’s first single-engine general aviation personal jet aircraft that advances safety with a whole-airframe parachute system,” NAA said in a statement.

The revolutionary Cirrus Airframe Parachute System™ (CAPS™) ensures personal safety and vehicle safety using a ballistic parachute that deploys from the back of the aircraft, and gently lowering the whole plane to the ground. This technology is credited with saving 156 lives to date.

The NAA is the oldest national aviation organization in the United States, and is “dedicated to the advancement of the art, sport and science of aviation in the United States.” The Collier Trophy is awarded annually “for the greatest achievement in aeronautics or astronautics in America, with respect to improving the performance, efficiency, and safety of air or space vehicles, the value of which has been thoroughly demonstrated by actual use during the preceding year.”