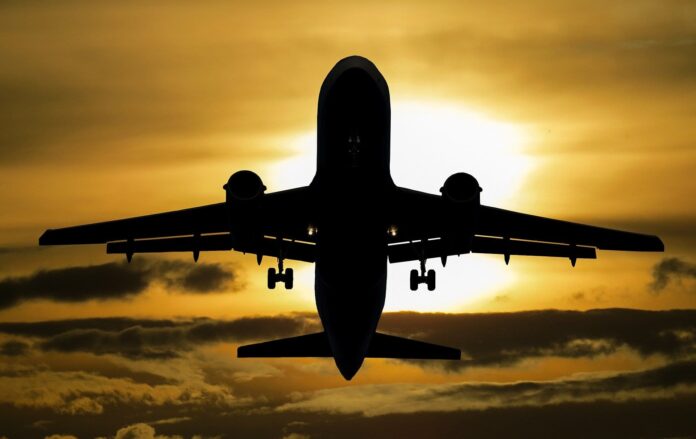 The Department of State has issued a statement strongly condemning the forced diversion of a flight between two EU member states and the subsequent removal and arrest of journalist Raman Pratasevich (also known as Roman Protasevich) in Minsk. State has also demanded the immediate release of Pratasevich.

The 26-year-old journalist was aboard the Ryanair plane, bound for Lithuania, which was flying from the Greek capital, Athens, where he had been attending an economic conference.

State says the diversion and arrest were perpetrated by the Lukashenka regime and endangered the lives of more than 120 passengers, including U.S. citizens.

Multiple reports say that Belarus claimed a bomb threat in order to scramble fighter jets which forced the diversion.

“Initial reports suggesting the involvement of the Belarusian security services and the use of Belarusian military aircraft to escort the plane are deeply concerning and require full investigation,” the statement adds.

State is closely coordinating a response with partners including the EU and Lithuanian and Greek officials. “Given indications the forced landing was based on false pretenses, we support the earliest possible meeting of the Council of the International Civil Aviation Organization to review these events.”

The U.K. Foreign Secretary Dominic Raab echoed these comments and said that the U.K. “condemns the actions by the Belarusian authorities, who arrested journalist Roman Protasevich on the basis of a ruse, having forced his flight to land in Minsk. Mr Lukashenko must be held to account for his outlandish actions. The U.K. calls for the immediate release of Mr Protasevich and other political prisoners held in Belarus.”

Belarus’ ally Russia had earlier urged a restrained response until all information is available. On May 28, Russia’s foreign ministry said the EU action was “completely irresponsible”.

The International Air Transport Association (IATA) Director General, Willie Walsh said a full investigation by competent international authorities is needed. “IATA strongly condemns any interference or requirement for landing of civil aviation operations that is inconsistent with the rules of international law.”

Witnesses on board the flight have said that Pratasevich was visibly scared and spoke about facing the death penalty. Belarus is, as of 2021, the only country in Europe to use capital punishment. Pratasevich has lived in exile in Lithuania since 2019 and in 2020, after he covered the events of the election, he was charged with terrorism and inciting riots. The country has seen large scale protests against the government, which in turn has implemented a crackdown on dissent.

The plane eventually landed in Lithuania’s capital six hours behind schedule. Reuters reported that Lithuanian officials said five passengers who boarded in Athens did not reach Vilnius. “The latest… is that 126 passengers left Athens and 121 landed in Vilnius. This does not include the crew of six,” a spokeswoman for the Lithuanian prime minister told Reuters.

Tadeusz Giczan – the editor of Nexta, the media outlet Pratasevich formerly worked for, had earlier tweeted that agents from Belarusian security services had boarded the plane and were the source of the bomb alert.

On May 26, the Belarusian president, Alexander Lukashenko slammed the international response as “hybrid warfare”  and claimed the “Hamas” bomb threat originated in Switzerland.

Reuters reports a senior transport official reading the text of the bomb threat:

“We, the soldiers of Hamas, demand that Israel cease fire in the Gaza Strip. We demand that the European Union withdraw its support for Israel in this war. There is a bomb on that plane. If you do not comply with our demands, the bomb will explode over Vilnius on 23 May.”

Hamas spokesman Fawzi Barhoum said the group had no knowledge or connection to the incident whatsoever. The Swiss government also said it had no knowledge of any bomb threat on the flight and had therefore made no announcements or notifications to Belarusian authorities on the matter.

Lukashenko also said it was an “absolute lie” that a fighter jet forced the plane to land, adding that he “acted lawfully to protect our people”. He again accused Pratasevich of being a “terrorist” who was planning to start a “bloody rebellion.”

Pratasevich, along with a companion who was traveling with him and was also arrested, have since appeared in videos where they appear to be under duress while admitting to offenses.

Leaving aside the concerning and increasing issue of reporters being marked as terrorists for speaking out against government process and policy, the diversion of a flight is a serious safety and security concern for all on board, as well as potentially other airspace users.

This story was updated on May 27 to include new information and comment from Lukashenko, Hamas and Switzerland.