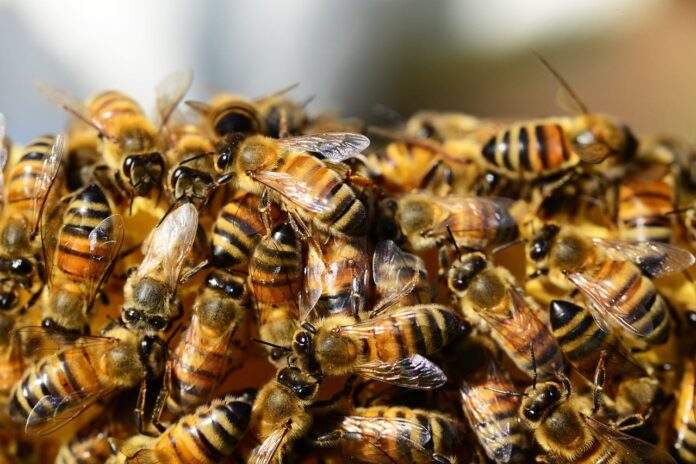 U.S. Border Patrol agents rescued a mother and child during an attack by bees.

On Tuesday afternoon, an agent patrolling along the Rio Grande in Brownsville, Texas, was temporarily detoured after he encountered a small swarm of bees that entered his patrol unit. After clearing his unit, the agent returned to the area to locate the origin of the bees and located a jacket and a bundle covered in thousands of bees. Upon closer investigation, the agent realized the bundle was a person curled up in the fetal position. The agent quickly yelled at the person to stand up and run into his unit.

As the person stood up, the agent noticed the person was covering a small child. Once inside the unit, the agent quickly evaluated the two and requested an ambulance for immediate transport to the local hospital. The agent identified the pair as a mother and her 8 year-old son from Guatemala. As the agent waited for the ambulance, the child began to vomit, prompting the agent to transport the pair to the hospital directly.

Hospital staff admitted the two subjects into the Intensive Care Unit, they are expected to recover.