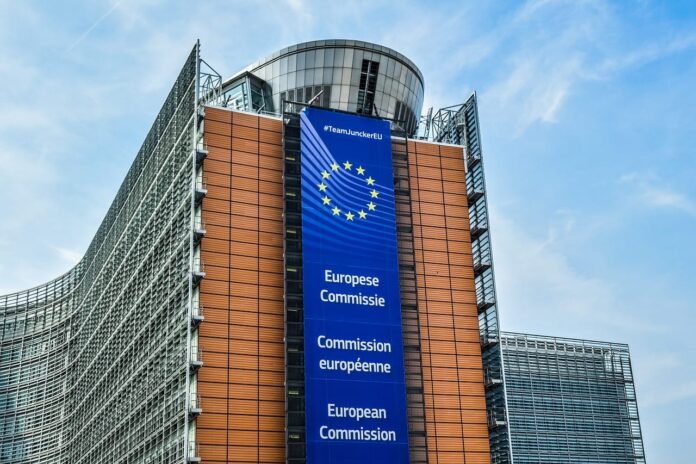 A pro-ISIS media group called Europeans “losers” for trying to stem the return of foreign fighters along a popular migration route from the former caliphate, while vowing that ISIS remnants in the area would stay and fight because the “land of jihad” is better.

“The Islamic State’s enemies’ media is reporting news stating that ‘a European focus on monitoring the Balkan route to prevent the return of foreign fighters as part of a joint plan of action on combating terrorism and confronting security challenges,'” Al-Muhajireen Foundation said in a message distributed via Telegram.

It’s unclear to which report they’re referring, but shortly before the ISIS release the European Council issued a press release summing up its recent commission on EU enlargement policy.

“Terrorism, radicalisation and organised crime continue to pose a security threat to the EU and to the whole region. In line with earlier European Council and Council conclusions, the Council reiterates the importance of further strengthening cooperation on counter-terrorism with Turkey and the Western Balkans, in particular regarding the fight against foreign terrorist fighters and the financing of terrorism, the prevention and the countering of radicalisation, reinforced border checks and illegal trafficking of firearms and light weapons,” the statement said, later adding, “The Council commends Turkey and the Western Balkans for their efforts and continuous constructive cooperation on migration, which have delivered clear results. The Council reiterates that continued implementation of the EU-Turkey Statement and continued support for partners along the Western Balkans route is required.”

Al-Muhajireen declared that “losers and misguided are those Europeans.”

Several days earlier, the group — which last year warned foreign fighters of a “harmful destiny” if they gave up on ISIS — decried smugglers who “do not tell the truth about the risks and dangers of routes they use and trouble our brothers.”

“Smugglers who are always after money lie to those who deal with them by saying that routes they use are totally safe and secure. That leads our brothers to be in trouble due to the lies of those smugglers,” Al-Muhajireen said.
“We would like to warn all our brothers that routes used by most smugglers are unsafe and have checkpoints for the Nusayri Assad army, Turkish army, or Tahrir Al-Sham militia.”

That message quoted an anonymous “brother” as saying, “I tried to be smuggled out more than five times with one of the smugglers who claimed that arrival was guaranteed, but we failed and went back because of the presence of the Islamic State’s enemies. The situation today is different from what it was a few years ago, the smuggling routes are ending by either killing or arrest, and, if you are lucky, you will return to where you came from with the loss of y0ur money and time.”

A little over a year ago, the group expanded its online messages in six languages.

Al-Muhajireen has long issued security alerts for traveling ISIS fighters, saying in a January post that “with the existence of the apostates HTS [Hay’at Tahrir al-Sham] and those who call themselves Hurras Al-Din, in Idlib and its surrounding areas, we urge all the Mujahideen of the Islamic State not to gather in groups to avoid any arrest campaigns by these apostates.”

“The arrest campaigns by the apostates HTS have increased in against our Muhajireen brothers and other Islamic State brothers. Recently, these apostates arrested five of our brothers, may they be released soon,” the group said. “To all the brothers, avoid Idlib. And if you are in Idlib already, avoid large groups. May Allah protect the Caliphate, its followers and the Mujahideen.”

In March, ISIS lost its last significant territory to the Syrian Democratic Forces in the Battle of Baghuz. ISIS continues fighting a guerrilla-style campaign in Iraq and Syria.

ISIS Claims Escalating Use of Wildfire Arson as Terror Tactic

Share
Facebook
Twitter
Linkedin
Email
Previous articleTroop Withdrawal Said to Be Key to Progress in U.S.-Taliban Talks
Next articleHow a Housepainter and an Army Widow Led the Secret Fight to Save LGBT People from ISIS