State of Border Security: The Border Patrol Before and After 9/11

Situational awareness and response capabilities along our land borders have increased significantly as a result of continued investment in multiple surveillance systems. 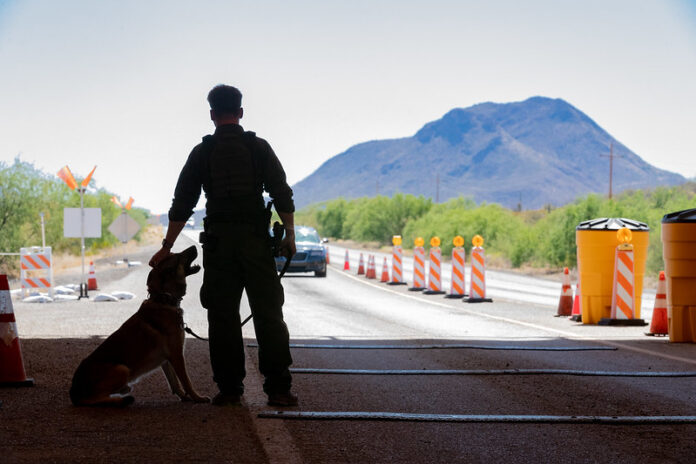 The 9/11 attacks precipitated the largest reorganization of federal agencies since the establishment of the Department of Defense in 1947. The Homeland Security Act of 2002 established a Department of Homeland Security, transferring 22 organizations into the new Department. The U.S. Border Patrol was one of those organizations.  The Act also created the world’s first unified border-security agency: U.S. Customs and Border Protection (CBP), of which the Border Patrol became an integral part. Much has changed for the Border Patrol since 9/11, but its fundamental mission -– to detect and prevent the illegal entry of individuals and all threats into the United States — has not changed.

In 2001, the Border Patrol was under-resourced and had only 6,000 agents to protect 6,000 miles of land borders and 2,000 miles of coasts. In comparison, during the Cold War, the United States maintained a force of approximately 250,000 troops in West Germany to help protect 670 miles of land border. The Border Patrol also lacked modern surveillance systems, the physical infrastructure to prevent border crossings in critical (e.g., urban) areas, and a national command structure. Despite these limitations, this thin green line –- a classic ‘economy of force’ effort -– had apprehended more than one million illegal entries per year into the United States in the 10 years prior to 9/11.

Today, the Border Patrol is a much more capable and professional organization.  Approximately 18,000 agents now protect our borders between ports of entry. Some 700 miles of sturdy anti-vehicle and pedestrian barriers/walls have been erected in highly trafficked areas of the U.S.-Mexico border. Situational awareness and response capabilities along our land borders have increased significantly as a result of continued investment in multiple surveillance systems. And cooperation with Canadian and Mexican immigration and law enforcement agencies has significantly reduced the threat of ‘persons of interest’ or potential terrorists from infiltrating across our land borders.

However, significant challenges still face the Border Patrol and other federal agencies with immigration-control responsibilities. Following construction of 650 miles of barriers along the U.S.-Mexico border during the Bush administration, the numbers of illegal border crossings dropped significantly, and Border Patrol apprehended fewer than 500,000 individuals per year. As a result of significantly increased immigration-control measures at air, land, and seaports of entry, the U.S.-Mexico border is the principal vector for illegal entry into the United States. In July 2021, the Border Patrol apprehended 200,000 individuals –- reflecting a fundamental shift in the drivers of migration flows and levels not seen in 20 years.

“The factors influencing migrant flows to the United States are complex; not all can be controlled by the U.S. Government.”

Conditions in ‘sending countries’ that incentivize emigration -– such as violence, poor governance, and limited economic opportunities –- cannot be changed unilaterally by the United States. However, factors that attract immigration to the United States -– such as low risks of apprehension when entering the U.S., lack of consequences when apprehended, lax enforcement of immigration laws within the United States, family ‘anchors,’ ineffective asylum policies, and the ability to work without the requisite permit -– can be controlled by the U.S. Government.

As a nation, we need to decide if we want secure borders or if the status quo -– near-record rates of illegal immigration across the U.S.–Mexico border –- is acceptable. When Border Patrol agents are diverted from their border-security mission to provide humanitarian support (which can be provided by other agencies) to migrants, our borders become less secure and the threats to the nation increase. The risks of porous borders, which include trafficking of drugs (70,000 Americans died from opioid overdoses in 2020) and the potential entry of terrorists, are well known.

If our nation does not address the factors that ‘push’ and ‘pull’ migrants to the United States, our borders will be less secure. The requirement to deal with massive numbers of illegal entrants will detract from the Border Patrol’s ability to protect our borders against smuggling of drugs, potential terrorists, and the introduction of dangerous weapons.  Looking at border security retrospectively over the past 20 years, I think it is clear we have more secure land borders, BUT we have not done what is required and possible –- namely establish and sustain policies that dissuade immigration and consistently invest in the federal agencies that ensure our borders are secure. Comprehensive investment in border security and consistent enforcement of all laws to address immigration drivers is a must.

Share
Facebook
Twitter
Linkedin
Email
Previous articleState of Narrative Warfare: Learning from Afghanistan in the War for Influence
Next articleUSGS Hazards Science: Be Informed and Be Prepared

David Aguilar
David Aguilar previously served as Acting Commissioner of U.S. Customs and Border Protection (CBP). As Acting Commissioner, he oversaw our nation’s largest federal law enforcement agency, a workforce of over 60,000 agents, officers, and other personnel and a budget of more than 12 Billion dollars. Prior to leading CBP, Mr. Aguilar was appointed by President George W. Bush as the National Chief of the United States Border Patrol. Mr. Aguilar served as Chief of the Tucson Sector and in various leadership positions within the U.S. Border Patrol during his 35-year Federal law enforcement career.