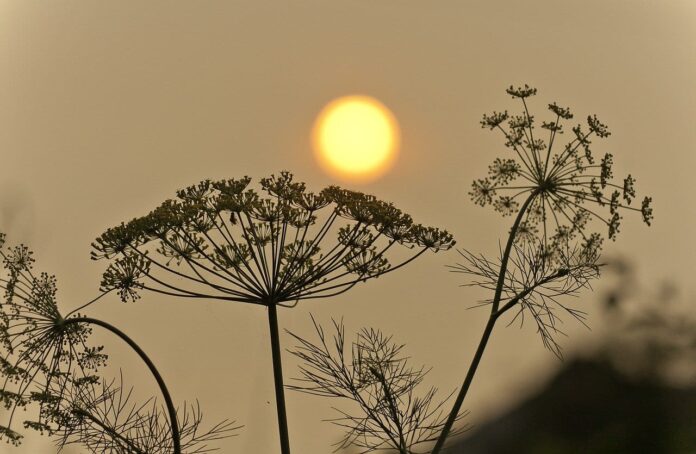 The World Weather Attribution (WWA) initiative, a collaboration team of diverse climate scientists in researching extreme weather events around the globe, released a report on the impacts of the recent deadly heatwave in Pacific Northwest America.

Since the end of June 2021, the Pacific Northwest areas of the U.S. and Canada were hit with extremely high temperatures that broke records in many cities. WWA’s analysis reveals that the heatwaves are likely the result of a “human-induced climate change” and aims to address the meteorological drivers and warnings to better prepare for the effects of climate change.

Major impacts to health and excess death numbers are expected to be seen in the population of over 9.4 million in the affected areas. Furthermore, the report states that preliminary indications from Canada are that it has already caused at least several hundreds of extra deaths.

WWA calculates the return periods, probability ratio, and change in intensity as a function of GMST. It is estimated that the return time of a similar heatwave returning is about 1.5%. “This implies that the return time of an event as rare as this one or rarer, somewhere overland, is 60 times larger.” Another heatwave is expected to take place elsewhere as it was “pure chance” that this one occurred in the northwest region.

WWA based its studies on the areas of Portland, Seattle, and Vancouver which were most affected by the heat. However, they excluded the rainforest west of the region as well as arid areas from the east when analyzing the maximum heat temperatures.

In Portland’s International Airport station, annual max daily temperatures had reached up to the highest of 46.7°C this year with its previous record being 41.7°C in 1981, a 5°C difference between the timespan.

Seattle, with data collected at Seattle-Tacoma International Airport, saw its temperatures reach up to 42.2°C. Previously being 39.4°C at its highest in 2009, an increase of 2.8°C.

Vancouver’s highest record temperature, measured at New Westminster, was observed to be 41.4°C compared to its past record of 37.6°C in 2009. 4.0°C warmer to the current climate.

Within the report’s meteorological analysis and dynamics, WWA has classified the heatwave as being linked to a “slow-moving strong high-pressure system, sometimes called Omega-blocking” or referred to as “heat dome”. This type of wave is described as bringing warm and dry air under clear skies to heat the near-surface air.

Since the pressure system broke records for its alarming temperatures, this circulation pattern was considered as rather typical during June and July with the type of blocking pattern. “We conclude that the 28 June circulation is likely not exceptional, while temperatures associated with it were.”

In tracking the patterns of the heatwave, the event first developed into the southwest Oregon region on the June 28. Then spread north into Washington by the June 29 where it traveled along just offshore before elevating over with near-surface winds into the Cascade Range and Southern Coast Mountains of British Columbia.

It is generally expected that mountains help to cool the air, but instead “adiabatic heating ” patterns were noticed. This helped oscillate the warmest temperatures on the slope of the mountains.

One of the biggest features of the heatwave was the brutally dry spring that fell on Western U.S. beforehand, leaving little “evaporative cooling” to ease the temperatures. Other factors such as “anticyclonic subsidence, and downslope winds” gave way for heat to increase temperatures on the near-surface air.

The Northwest region is not accustomed to such high temperatures, which led to increased excess mortality especially for those with pre-existing medical conditions. Reports during the heatwave have shown a large increase in emergency calls, visits, and deaths.

This extreme weather event has also damaged critical infrastructure. The WWA report notes damages to roads and rail, power outages, agricultural impacts, closures of many schools and businesses. In Vancouver, for example, rapid snowmelt in the region saw water levels rise and led some towns to evacuate. Many other areas were under threat of wildfires.

The U.S. National Weather Service and Environment and Climate Change Canada, along with local governments, issued timely warnings and programs in the region to assist citizens during the heatwave. Some places in British Columbia for example allowed access to cooling facilities to distribute drinking water as part of their “Municipal Heat Response Planning”. And Seattle’s King County, which has the third-largest population of homeless people in the U.S. opened cooling centers throughout the region to aid these vulnerable members of society.

The report concludes with recommendations about preparing for future heatwaves. While rare, such events are still likely and will more frequently occur and will therefore require better systems to detect warning signs and patterns.

Damon Reyeshttp://HSTodayAssistant
Damon Reyes is a Global Security and Intelligence major with focuses on Chinese language and regional studies at Embry-Riddle Aeronautical University in Prescott, AZ. He also serves as an Associate Editor and contributing writer for Eagle Eye Intelligence since 2020. Damon began his internship for Homeland Security Today in 2021.