Can We Fight Radicalization by Fixing Terrorists’ Problems with Life? 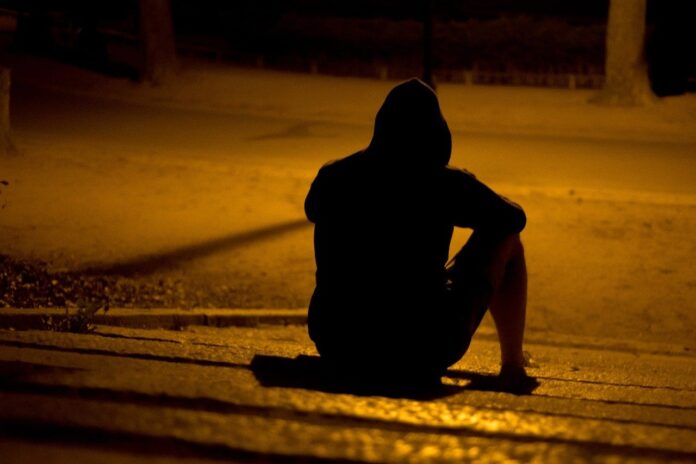 Are jihadis more likely to exhibit mental health or other social problems, and can this be used to identify those at risk of radicalization? One group of foreign fighters were found to “have on average relatively high levels of adversity, distress, trauma, criminality and mental health problems,” according to a new study by Anton Weenink, an expert in terrorism and organized crime at the Central Unit of the National Police of the Netherlands.

There has been some research to suggest that terrorists have been, in other respects, more “normal” than one might expect. This seemed particularly to be the case at the time of 9/11, when the al-Qaeda operatives came from educated middle- and upper-class backgrounds without any apparent social problems.

Having access to police databases, Weenink studied all the cases where individuals have traveled from the Netherlands to join jihad in the Middle East and concluded “it is clear that jihadist travelers from the Netherlands cannot be considered ‘normal’ as suggested in earlier terrorism studies.”

A key finding was that radicalization does not depend on any one factor or tendency. Having mental or social problems or a bad family situation, in most cases, does not lead to radicalization, which still remains statistically rare. Weenink notes that, in Europe at least, radical networks seem to arise where there are one or more inspiring figures, which may not necessarily be in those areas with the largest concentrations of young Muslims who may be targeted by jihadist propaganda.

He also noted that not everyone who traveled, or tried to travel, to join ISIS in Iraq and Syria wanted to be a terrorist. There were other encouragements. “The Caliphate claimed to offer a ‘second chance’ in life, if not ‘stardom,’ to those who may feel like they did not do well in the first one,” he said.

Analyzing the data – the full database, not the samples – Weenink found that the average age of those who traveled to the caliphate was around 24, with a third of them women, a significant increase over earlier studies. Forty-seven percent of them were converts to Islam, which is a very significant overrepresentation compared to the population. Sixty-five percent were born to immigrant parents, and 29 percent were immigrants to the Netherlands themselves.

Problems with various aspects of life were much higher in this group than in the population at large. Nearly half of them came from single-parent families, more than double the national average, even among Turkish and Moroccan families who form the largest part of the Muslim community in the Netherlands. Previous experience of homelessness was ten times more likely than for their age group in the nation, although still low at 4 percent. The figures for completing secondary and higher education were extremely low compared to the population at large. Unemployment was also higher, and financial independence, as best it could be gauged, was also lower. And about 62 percent had been involved in prior criminal activity, compared to 14 percent of the population at large at the age of 22, and 40 percent of the group had been involved in violent crime.

Diagnosed mental health problems were harder to track. The research devised a simple three-point scale and found that in 15 percent of cases there was some indication of mental health problems, and in a further 13 percent they were clearly present. Together, this combined score 28 percent is not significantly different from the national average, although possibly high for the Netherlands national average. There are indications, however, that for the age group 20 to 39 the figure of 8 percent is more appropriate, so the rate is perhaps high for this demographic. Two prominent issues seem to be psychotic disorders and PTSD (post-traumatic stress disorder), both of which seem overrepresented.

“Radicalization is just as much an emotional process as it is a cognitive one,” Weenink concluded. “Counter-radicalization then might be more about diminishing susceptibility by strengthening resilience to life’s challenges, than about offering ‘counter-narratives.’”

Noting that this applies often not just to jihadis, but commonly to, for example, white supremacists, Weenink calls for a flexible response to signs of trouble that incorporates a public health dimension as much as a law enforcement one. Such an approach would focus on early intervention, offering pragmatic help for the life problems that may be pushing individuals toward extremism. There are challenges, such as how to deal with patient/client confidentiality across various branches of social and medical engagement, and determining when is the right time to call in law enforcement. “Proportionality in response” is key, he said, and there is an important role for things like community policing, which can be effective at building the trust needed if communities are to share warning signs about one of their own.