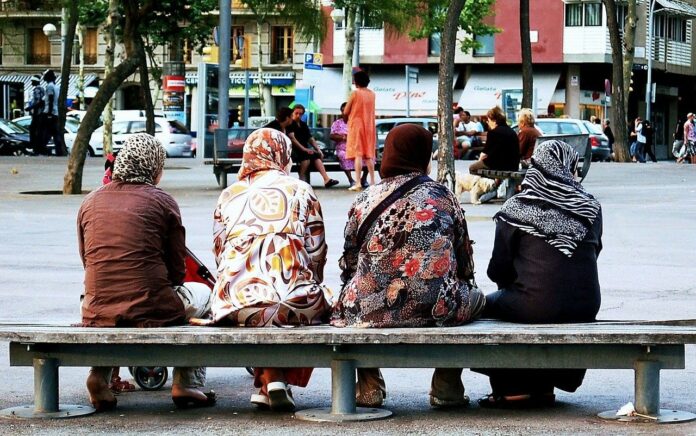 The rise of religion-based terrorism, particularly Islamic terrorism, has coincided with more deadly attacks over the past half-century. Does this mean that Islamic terrorism inherently inflicts more casualties? And what role and influence do the sometimes significant Islamic diasporas play in the impact of terrorism, especially in the West?

James A. Piazza, a political science professor at Pennsylvania State University, and Gary LaFree, chairman of the Department of Criminology and Criminal Justice and the founding director of the National Consortium for the Study of Terrorism and Responses to Terrorism (START) at the University of Maryland, confirmed in a new study that religious terrorist groups are more deadly than non-religious terrorists.

Earlier generations of terrorists were more connected with an ethnic rather than a religious identity, and often aimed for the creation of a secular sovereign state, even if its religion was to be Islam. The current Islamist terrorists are, however, out to create theocracies. They see their struggle as a cosmic, even divine, conflict, and do not hesitate to deploy tactics that cause higher casualties, including martyrdom operations.

Despite their tactics, though, the researchers found Islamic groups appear to be not quite as deadly as non-Islamic groups, and the indications are that the presence of an Islamic diaspora coincides with a reduction in the number of attack casualties.

The reporters looked at the available data in detail, scrutinizing around 70 Islamist groups with affiliated diasporas, including Pashtuns and the Haqqani Network, Tuaregs and Ansar al-Dine, Kanuris and Boko Haram, Kashmiris and Lashkar-e-Taiba, Uighurs with the Eastern Turkestan Islamic Movement, and Palestinians with Hamas or the al-Aqsa Martyrs Brigade.

They note considerable differences between the various groups. As long ago as 2005 Ayman al-Zawahiri, now the head of al-Qaeda, wrote a letter to Abu Musab al-Zarqawi, the founder of what became ISIS, which became public and strongly condemned beheading of captives and putting the films online. Even then, al-Qaeda was concerned about the effect of such violence on the views of Muslims abroad.

Firstly, the report notes, terrorists of whatever stripe connected to an international diaspora tend to cause higher casualties. This is thought to be due to the greater capacity and resources available to a group where there is a diaspora connection.

However, they also found that diasporas seem to actually have a restraining effect on the Islamist groups with whom they are associated.

Looking in greater detail at diasporas, the report notes that these often are a source of resources and recruits for a conflict, where there is a strong association with the country or culture of origin.

This can be seen as far back as the 1940s when Jewish terrorist groups active in Palestine were supported by Jewish communities around the world. In the current period, both al-Qaeda and ISIS have benefited from support for Muslim diaspora communities in North America and Western Europe.

Sometimes this support can be vociferous – because the diaspora community does not have to live in the conflict, they can sometimes express strong opinions from the sidelines without experiencing the negative consequences, and so impede conflict resolution. They can be what the report calls “peace wreckers.”

But sometimes the diaspora community can be a force for peace. They are often removed from the front line of the conflict, and may have access to more balanced, factual news sources. The report mentions examples from Uganda, Afghanistan, Armenia and Northern Ireland when conflicts faded or were resolved because the diaspora community either lost interest in supporting violence or actively participated in peace processes.

Sometimes, diaspora communities can be part of the target – the report mentions the belief held by some that part of Osama bin Laden’s rationale for the 9/11 attacks was that the inevitable retaliation would kill innocents and consequentially stir up antagonism between Muslims and the United States.

Piazza and LaFree conclude that Islamist terrorist groups have committed significantly higher casualty attacks when weighed against all terror groups, but not more than non-Islamist religious terror groups, who were the deadliest. For non-Islamists, having a diaspora seems to be associated with higher casualty attacks, probably because of the capacity boosting effect of a diaspora. But for the Islamist groups, they said, evidence suggests diasporas have an inhibiting effect, prompting the organizations to commit fewer lethal attacks.

Why there is this difference is not yet clear. One factor may be that the Islamist groups, especially ISIS and al-Qaeda, already have all the capacity they need, and therefore their more significant objective is to keep diaspora communities onside. The growth of social media and the consequential rise in rapid communication has increased the effect of a diaspora on a range of political outcomes.

“Diasporas constitute a major political audience and source of support for terrorist organizations and provide an audience outside the homeland that may be negatively affected by extremely violent attacks,” Piazza and LaFree wrote.