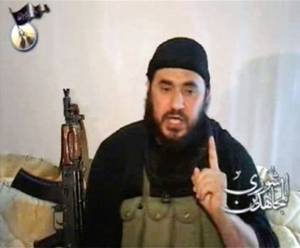 The Islamic State (ISIS) media company Al Furqan Thursday released a new audio speech by its leader, Abu Bakr Al Baghdadi in which he issued a call to arms by all Muslims, urging them to emigrate to ISIS territories and fight ISIS’s enemies, whom he called the enemies of all Muslims.

In his message, March Forth Whether Light or Heavy, Al Baghdadi “directly addressed several issues related to current events, primarily the campaign being waged in Yemen by the Saudi-led coalition against the Houthi rebels,” said the Middle East Media Research Institute (MEMRI), which monitors jihadi social media.

Al Baghdadi began his speech with an introduction riddled with Quranic quotes stressing the importance and obligation of fighting the enemies of Islam and dying as a martyr for it, MEMRI said. Citing the example of the Prophet Muhammad, who, Al Baghdadi said, waged jihad throughout his entire life, he stressed that jihad and fighting are obligatory for every Muslim. Al Baghdadi said that participating in battle and being willing to die for Allah are aimed at testing the believers and rewarding them.

Al Baghdadi “then goes on to attack the enemies of Islam, which he identifies mainly as the Christians and the Jews, quoting scripture in order to emphasize that they are perpetual foes of the Muslims who wish to harm them and cause them to leave their religion,” MEMRI said. “He urges all Muslims to join the Islamic State in its battles, saying that its enemies are in fact the enemies of all Muslims, as the Islamic State is but the ‘spearhead’ in this war. ‘The Crusaders,’ i.e. the Western powers, will soon target all Muslims, he claimed.”

MEMRI said, “Al Baghdadi bluntly underscores his call to arms and his statement that actively supporting ISIS in its war is obligatory by stating that Islam is not a religion of peace, rather ‘Islam is the religion of war.’”

The reality of the religious jihadi theology of ISIS, Al Qaeda and jihadist groups has been covered in numerous Homeland Security Today reports, as has the apparent inability of past and present officials to understand and accept the extent and seriousness of not understanding Islamism.

MEMRI said Al Baghdadi lashed out at the regimes and rulers of the Arab and Islamic countries, accusing them of being nothing but slaves of the Western powers, which use them to oppress the Muslims people. He also spoke at length against Saudi Arabia, calling the Saudi monarchy as one of his arch-enemies – an apostate Muslim nation.

“Al Baghdadi calls the Saudi royal family allies of the Christians and the Jews, and said they are traitors to Islam,” MEMRI said.

In the final part of his speech, Al Baghdadi addressed the Islamic State’s fighters. “Beginning with the ones in Iraq, to whom he speaks at some length, he calls them to be firm and strong and persist in their fighting, and praises them for their achievements in the war against the Iraqi government forces and the Shiite militias,” MEMRI said.

"Indeed, all praise is due to Allah. We praise Him, seek His aid, and ask for His forgiveness. We seek refuge with Allah from the evils of our souls and the wickedness of our deeds. Whomsoever Allah guides, then none can misguide him; and whomsoever Allah leaves astray, then none can guide him. I testify that there is no god but Allah alone, who has no partner, and I testify that Muhammad is his slave and messenger."

The following are excerpts from Al Baghdadi’s apeech:

“Allah (the Mighty and Majestic) said, {Fighting has been enjoined upon you while it is hateful to you} [Al-Baqarah: 216].

“And he (the Mighty and Majestic) said, {O you who have believed, what is [the matter] with you that, when you are told to go forth in the cause of Allah, you adhere heavily to the earth? Are you satisfied with the life of this world rather than the Hereafter? But what is the enjoyment of worldly life compared to the Hereafter except a [very] little. If you do not go forth, He will punish you with a painful punishment and will replace you with another people, and you will not harm Him at all. And Allah is over all things competent} [At-Tawbah: 38-39].

“And he (the Glorified) said, {And those who are killed in the cause of Allah – never will He waste their deeds. He will guide them and amend their condition, and admit them to Paradise, which He has made known to them} [Muhammad: 4-6].

“O Muslim! O you who claims to love Allah (the Mighty and Majestic), and claims to love His Prophet (peace be upon him) … If you are truthful in your claim, then obey your beloved and fight for the cause of Allah, and emulate your beloved (peace be upon him), and do not die except as a mujāhid for the cause of Allah. {Alif, Lām, Mīm. Do the people think that they will be left to say, ‘We believe’ and they will not be tried? But we have certainly tried those before them, and Allah will surely make evident those who are truthful, and he will surely make evident the liars. Or do those who do evil deeds think they can surpass us? Evil is what they judge. Whoever should hope for the meeting with Allah – indeed, the term decreed by Allah is coming. And he is the hearing, the knowing. And whoever strives only strives for [the benefit of] himself. Indeed, Allah is free from need of the creation} [Al-‘Ankabūt: 1-6]. {Go forth, whether light or heavy, and strive with your wealth and your lives in the cause of Allah. That is better for you, if you only knew} [At-Tawbah: 41].

“And indeed, Allah (the Glorified) tested his slaves with this conflict in order to distinguish the wicked from the good, the liar from the truthful one, and the believer from the hypocrite. {And we will surely test you until we make evident those who strive among you [for the cause of Allah] and the patient, and we will test your affairs} [Muhammad: 31].

“Indeed, your Lord has made jihād for the cause of Allah obligatory upon you, and has commanded you to fight his enemies so that he may forgive your sins, raise you in rank, take from among you martyrs, purify the believers, and destroy the disbelievers. Otherwise, he himself (the Glorified) is capable of prevailing over them. But it is in order to test you. {And these days [of varying conditions] we alternate among the people so that Allah may make evident those who believe and [may] take to himself from among you martyrs –and Allah does not like the wrongdoers – and that Allah may purify the believers [through trials] and destroy the disbelievers. Or do you think that you will enter Paradise while Allah has not yet made evident those of you who fight in his cause and made evident those who are steadfast?} [Āl ‘Imrān: 140-142].”