Ahemeid, along with others, planned and oversaw the Nov. 20, 2015 terrorist attack on the Radisson Blu Hotel in Bamako, Mali. The attack resulted in the deaths of 20 victims, including U.S. citizen Anita Ashok Datar. 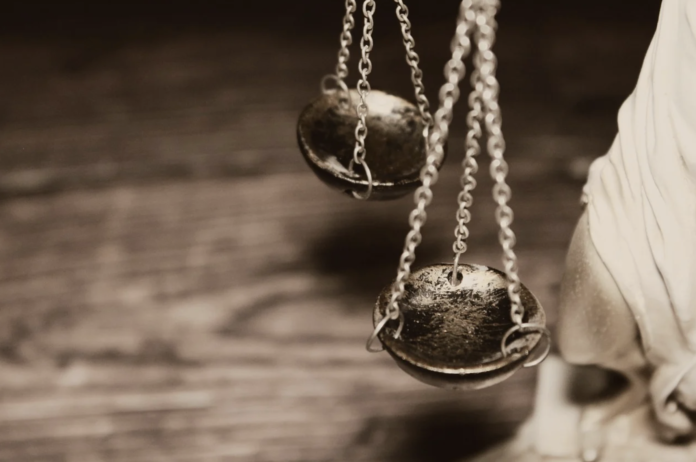 The defendant, who was transferred to U.S. custody in Mali, arrived at John F. Kennedy Airport in Queens, New York, on Dec. 9, 2022, and appeared the following day before U.S. Magistrate Judge James R. Cho, who entered a permanent order of detention pending trial.

As detailed in the indictment, the previously filed criminal complaint and other publicly filed documents, Ahemeid joined al-Qaeda in the Islamic Maghreb (AQIM) in or around 2007. Subsequently, Ahemeid planned and committed at least three significant terrorist attacks against Western targets in Mali. On March 7, 2015, Ahemeid, armed with two AK-47 assault rifles, a pistol, and grenades, committed an attack on the La Terrasse restaurant in Bamako, Mali, killing five people. That same day, al-Murabitoun issued a public statement claiming responsibility for the attack.

Following the La Terrasse attack, Ahemeid helped plan and execute the Aug. 7, 2015 attack on the Hotel Byblos in Sevare, Mali, including by conducting surveillance of the hotel prior to the attack. During this attack, a lone gunman armed with an AK-47 assault rifle and equipped with a suicide vest entered the Hotel Byblos and opened fire. The attack resulted in the deaths of 13 individuals, including five United Nations workers. The gunman was killed in the attack. Al-Murabitoun subsequently issued a public statement claiming responsibility for the attack.

Finally, Ahemeid, along with others, planned and oversaw the Nov. 20, 2015 terrorist attack on the Radisson Blu Hotel in Bamako, Mali. Beginning in the morning of Nov. 20, 2015, two men attacked the Radisson Blu, a hotel frequented by Western visitors. The attackers, wearing Western clothing and armed with AK-47 assault rifles and hand grenades, moved from floor to floor of the hotel, shooting innocent victims as they progressed. Security forces responded to the scene and both attackers were ultimately killed.

The attack resulted in the deaths of 20 victims, including U.S. citizen Anita Ashok Datar. Datar, a guest at the Radisson Blu, was shot multiple times and died at the scene as a result of the gunshot wounds. Datar was a 41-year-old public health expert from Takoma Park, Maryland, who was in Mali working for an international development firm assisting the United States Agency for International Development. In addition to the 20 deaths, the attack also wounded at least seven people.

Following the attack, AQIM issued a public statement claiming responsibility for the attacks on behalf of AQIM and al-Murabitoun, stating “Two heroes infiltrating the Radisson Hotel in Mali, may God accept them. #Al-Qa’ida_in_West_Africa #Ansar_al_din #Al_Murabitun.”  The tweet included photographs of the two attackers holding AK-47s and each attacker’s nom de guerre.

“Ahemeid planned and executed deadly attacks targeting westerners, including Americans, and will now be brought to justice,” said Assistant Attorney General Matthew G. Olsen of the Justice Department’s National Security Division. “Let this be a reminder to any who would use violence against our people: no matter how far you run or how long you hide, we will not relent in our efforts to hold you accountable.”

“Today, we have once again made clear that we are, and will remain, steadfast in our commitment to working with our law enforcement partners here and abroad to bring to justice those who commit violent acts of terrorism targeting innocent American civilians, wherever they may be found,” said U.S. Attorney Breon Peace for the Eastern District of New York.

“Bringing Ahemeid to the United States to face the charges against him is an important step in achieving justice for those harmed by acts of terrorism, including the American citizen killed in the Radisson Blu Hotel attack,” said Assistant Director Robert R. Wells of the FBI’s Counterterrorism Division. “The FBI will not be deterred by the passage of time or geographical distance as we work with our partners to hold those who commit acts of terrorism accountable.”

Assistant U.S. Attorney Jonathan Algor and Michael Keilty is in charge of the prosecution, with assistance provided by Trial Attorney Katie Sweeten of the National Security Division’s Counterterrorism Section.

The indictment charges the defendant with (1) the murder of Anita Ashok Datar; (2) the unlawful use of firearms in connection with a crime of violence; (3) causing the death of Anita Ashok Datar through the use of a firearm; (4) conspiracy to provide material support to the designated foreign terrorist organizations AQIM and al-Murabitoun; (5) provision and attempted provision of material support to AQIM and al-Murabitoun; and (6) unlawful use of explosives. If convicted, he faces a maximum statutory penalty of life in prison. A federal district court judge will determine any sentence after considering the U.S. Sentencing Guidelines and other statutory factors.

The Government of Mali provided continued support and assistance throughout this investigation, as did the Joint Terrorism Task Force and U.S. Department of State.