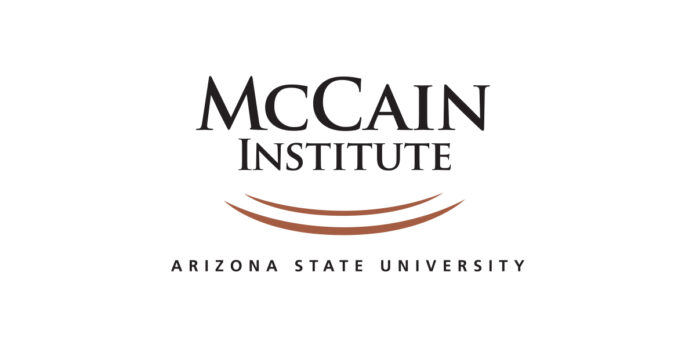 The McCain Institute for International Leadership at Arizona State University is now accepting applicants for its inaugural National Security and Counterterrorism Fellowship.

Designed and led by Nicholas Rasmussen—director of the National Counterterrorism Center (NCTC) from 2014-2017 and senior White House national security official under Presidents Bush and Obama—the program will create an enduring international network of future national security decision makers. Fellows will be selected from the nations that comprise the Five Eyes intelligence partnership: Australia, Canada, New Zealand, the United Kingdom and the United States.

“I am confident that the counterterrorism fellowship program will contribute enormously to the effort to identify, train and develop the next generation of counterterrorism professionals. And Nick Rasmussen, who was a very impressive director of the National Counterterrorism Center, is the ideal person to oversee this initiative,” said General David Petraeus (US Army, Ret), commander of Coalition Forces in both Iraq and Afghanistan, former director of the CIA and a McCain Institute trustee since 2015.

Executed in partnership with King’s College in London and the Australian National University in Canberra, the program will feature three weeklong visits to the United States, the United Kingdom and Australia. In the capital of each country, fellows will have the opportunity to meet with senior leaders at key government agencies, attend briefings with top journalists covering counterterrorism and participate in innovative leadership training with premier scholars and national security practitioners. The fellows will also travel to cities like New York, Birmingham and Sydney for conversations with local law enforcement and counterterrorism officials.

“Our goal is to build a network of the next generation’s character-driven leaders—young women and men of extraordinary achievement and promise who have demonstrated their commitment to national security and public service,” said Rasmussen, who joined the McCain Institute as a senior director last year. “Simply put, investing in the personal and professional development of the most promising emerging leaders engaged in national security and counterterrorism is vital for our future.”