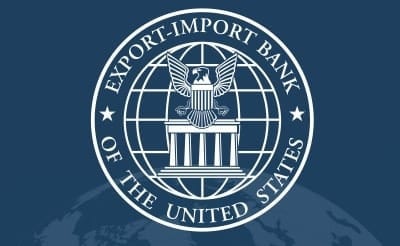 The Justice Department today filed denaturalization lawsuits against two individuals convicted of conspiring to defraud the United States Export-Import Bank (“Ex-Im Bank”) of more than $24 million, conduct they allegedly concealed during their naturalization proceedings. The civil complaints were filed in federal court in the Southern District of Florida.

“Criminals that seek citizenship in the United States and knowingly hide their criminal history have no right to keep their citizenship,” said Acting Attorney General Chad A. Readler of the Justice Department’s Civil Division. “Today’s complaints prove that the Department of Justice will continue to uphold the law and protect our immigration system against those who seek to cheat the United States out of our greatest immigration benefit.”

Guillermo Oscar Mondino, 55, a native of Argentina, and Norma Borgono, aka Norma Isabel Borgono Bedoya, 63, a native of Peru, were convicted in 2010 and 2011, respectively, for conspiracy to defraud the United States and to commit mail fraud, in violation of 18 U.S.C. § 371. Mondino was also convicted of money laundering, in violation of 18 U.S.C. § 1957. As admitted in their criminal proceedings, Mondino owned an exporting company headquartered in Miami, Florida, which was in the business of purchasing U.S. goods on behalf of clients in the Caribbean, Central America, South America, and other foreign countries, and shipping those goods overseas. Mondino conspired with Borgono and others to obtain from the Ex-Im Bank more than $24 million in fraudulent loan transactions by falsifying records. Mondino and Borgono knew and intended that all or some of the goods identified on the applications they falsified would not be purchased and/or would not be shipped. They misappropriated $14.1 million in loan proceeds that were guaranteed by the Ex-Im Bank, including by distributing portions of the loans to foreign co-conspirators in cash. Mondino and Borgono admitted in their criminal proceedings that more than $12.9 million of the amounts Ex-Im Bank paid on claims for defaulted loans remained unrecovered.

After their fraudulent conspiracy was discovered, Mondino and Borgono were criminally charged in the U.S. District Court for the District of Columbia. Although Mondino and Borgono’s criminal conspiracy and crimes began while they were permanent residents of the United States, their criminal proceedings did not occur until after they had both naturalized. The civil denaturalization complaints allege that Mondino and Borgono concealed and affirmatively misrepresented their criminal conduct throughout their naturalization proceedings, and that their applications would have been denied had immigration authorities known about the defendants’ fraud.