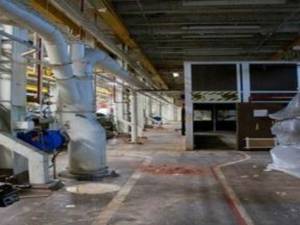 Hundreds of contaminated facilities left in the wake of 50 years of nuclear weapons production and energy research during the Cold War and Manhattan Project are still years away from being cleaned up, according to a recent audit report by the Department of Energy’s (DOE) Inspector General (IG).

“Almost 50 percent of these facilities are more than 50 years old and are becoming dangerous,” the IG said. “Several of the facilities are in such disrepair that maintenance and nonessential utilities are limited or discontinued, and access by workers has been prohibited. The longer these facilities remain unaddressed, the further they degrade, and the more dangerous and costly they are to maintain or disposition.”

DOE created the Office of Environmental Management (OEM) in 1989 to oversee cleanup of the contaminated facilities. However, due to increasing workloads and budgetary constraints, in 2001 it stopped accepting additional facilities from other mission programs. In 2007, it began accepting facilities from other programs if certain criteria for transfer were met.

In February 2009, OEM identified 292 excess contaminated facilities that met its transfer criteria and that it would accept once funding became availability. 58 facilities were demolished and decommissioned, but 234 remained.

Moreover, OEM officials have indicated the transfer date will actually be extended to as late as 2035 despite the fact that many of these facilities are contaminated with dangerous elements—including uranium, mercury, and beryllium—which pose a health and safety risk. These chemicals have been known to leach to soil and groundwaterduring weather-related events.

In a prior report, the IG commented that, “The degradation within these facilities ranged from failures in critical structural components to high levels of contamination.” The facilities pose a high level of risk to department employees as well as communities surrounding the facilities.

“Delays in the cleanup and disposition of contaminated excess facilities expose the Department, its employees and the public to ever-increasing levels of risk,” the IG’s report said. “While surveillance and maintenance is intended to control these risks, delays in decommissioning and demolition also lead to escalating disposition costs.”

The IG added, “Further, deferral of tackling these liabilities in a timely manner may affect ongoing mission work, as well as plans to expand and accommodate new missions that are needed to meet energy and national security objectives.”

One of the facilities, the Alpha-5 building at Y-12, was described by the National Nuclear Security Administration (NNSA) as the "worst of the worst.” Built in 1944, the facility has supported a number of missions that used materials such as uranium, mercury and beryllium. It ceased operation in 2005 and has experienced severe degradation since then.

According to the IG, “During a 2008 Environmental Management assessment, it was noted that the facility had substantial flooding, exterior piping and associated supports were corroding, and reinforced concrete roof panels had deteriorated. The assessment concluded that the combination of the large facility size, rapidly deteriorating conditions, and vast quantity of items requiring disposition made this facility one of the greatest liabilities in the Department’s complex.”

A 2014 NNSA assessment discovered that significant roof deterioration had allowed for water intrusion, which in turn allowed the spread of radiological and toxicological contamination. The contaminants in the facility also put the facility at risk for explosion. NNSA concluded that the facility posed a significant risk to workers and the environment. The condition of the facility “should not be accepted,” NNSA said.

“Due to delays in the cleanup and disposition of contaminated excess facilities, the department is taking on ever-increasing levels of risk,” the IG said.

The IG concluded that the department needs to focus its resources on its highest risk priorities. To do this, the department must develop a corporate approach to identifying and scheduling facilities for transfer to OEM.

The department concurred with the IG’s recommendations.