Womack’s tribute recognized her unmatched work to uplift her fellow Coasties by writing thousands upon thousands of letters. 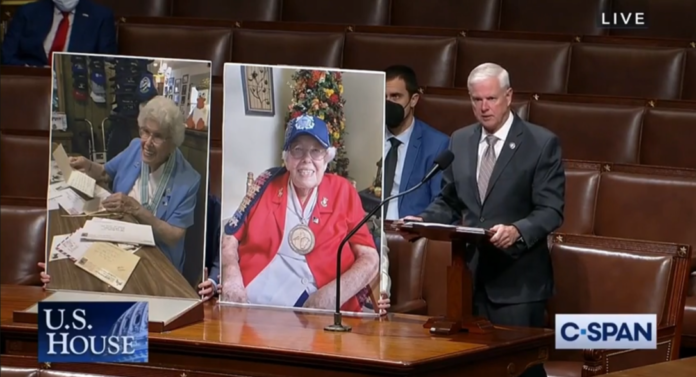 Congressman Steve Womack (R-Ark.) spoke on the House floor Friday to honor the life and legacy of the late Lois Bouton of Rogers, Ark., who was affectionately known as “The Coast Guard Lady.”

Lois—a World War II veteran and member of the Greatest Generation—had a devotion to service and the U.S. Coast Guard that followed her through life. Womack’s tribute recognized her unmatched work to uplift her fellow Coasties by writing thousands upon thousands of letters to those protecting us from coast to coast.

This lifelong patriot was laid to rest in Arkansas on Monday.