Authorities Search for Arsonist Who Set Fire Outside of National Archives 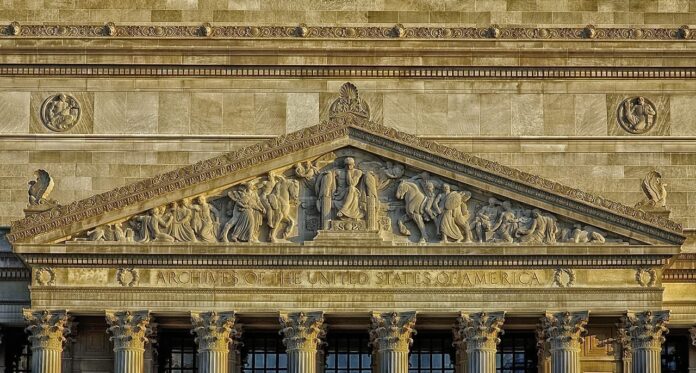 Authorities are searching for a suspect who intentionally started a fire outside the National Archives, the building that houses beloved historical documents such as the Constitution and the Declaration of Independence, officials said on Friday.

The incident occurred around 8 p.m. on Thursday night when an “arsonist placed a gas container on the left side of the building on Pennsylvania Avenue and lit it on fire,” said the Archives in a statement. “Security officers discovered the blaze and unsuccessfully attempted to put it out, but a fire department responded and was able to extinguish the flames.”

There were no injuries, but the side exterior wall of the building did sustain damages, officials said.