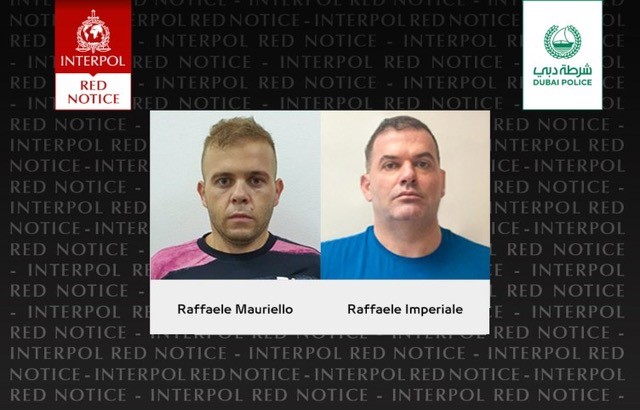 Raffaele Imperiale, 46, was arrested by the Dubai Police on July 30 on the basis of an INTERPOL Red Notice. Considered one of Italy’s most dangerous fugitives, he has been wanted since 2016 on charges relating to drug trafficking and organized crime.

The second arrest came on August 14, when Dubai Police apprehended Raffaele Mauriello, 31. He was the subject of two INTERPOL Red Notices, issued in accordance with arrest warrants for two separate murders.

“No matter how much wealth or power fugitives accumulate, or how far they travel, police work does not stop. Cases such as this underline the power of international police cooperation via INTERPOL’s global network more than ever,” said Secretary General Jürgen Stock, welcoming the arrests.

The suspects are being held in the United Arab Emirates while extradition proceedings are completed.