HHS would have to develop and distribute best practices on the prevention and treatment of post-traumatic stress among first responders. 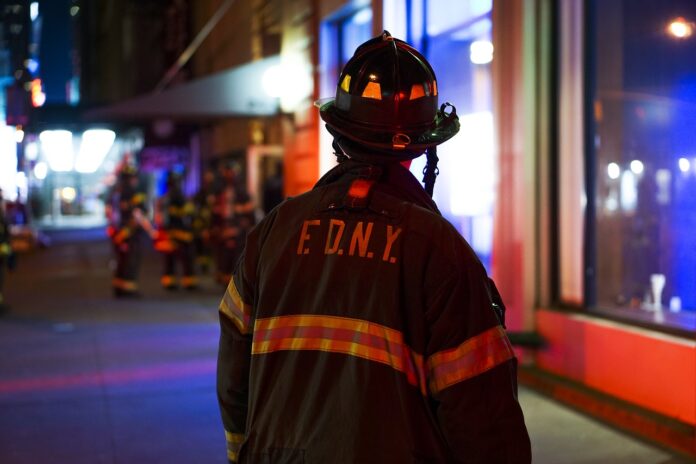 The HERO Act directs the Secretary of Health and Human Services (HHS) to report to Congress each year on first responder suicide rates, including identifying risk factors, possible interventions, and recommended interventions for further study. It also requires HHS to develop and distribute best practices on the prevention and treatment of posttraumatic stress among first responders.

“Our nation’s police officers, fire fighters, and EMTs risk their lives every day to keep our communities safe and protected,” said Representative Ami Bera, M.D. “Tragically, our first responders experience higher mental health stress and higher risk of suicide than many other professions. The HERO Act will give our first responders access to more mental health resources, more options for counseling, and encourage best practices to reduce the risk of suicide.”

Rep. Bera continued: “This lifesaving legislation has now passed the House of Representatives three times. The Senate must act on this commonsense bill to ensure our first responders and health care workers get the help they so desperately need. Losing even one life to suicide is too many.”

The bill also creates two grant programs. The first is a program to train individual fire fighters and paramedics to provide mental health support to their peers in their organizations. The other grant would train health care providers to serve a similar role in their hospitals and practices.

“First responders are an essential part of our communities, and it is necessary that we take the proper steps as legislators to ensure their physical and mental health is protected,” said Representative Brian Fitzpatrick. “The HERO Act in today’s legislation calls for the formation of peer-support programs, mental health education, and new resources for PTSD, all of which will go towards helping those who help us every day.”

The HERO Act, which previously passed the House of Representatives in September 2020 and May 2021, is the culmination of listening, collaboration, and action by Rep. Bera. Four years ago, Bera met with Sacramento-area fire chiefs who told him that firefighters face high and increasing rates of suicide. They shared with Rep. Bera that their own colleagues had died by suicide and that the first responder community lacked the mental health resources to tackle this crisis. After investigating, Rep. Bera learned that the United States does not track how many firefighters and paramedics die by suicide each year. Rep. Bera worked with local and national first responder groups to introduce the HERO Act in 2018, which received support Sacramento-area first responders and from the International Association of Firefighters, the International Association of Fire Chiefs, the National Association of Emergency Medical Technicians, the American Association of Suicidology, the American Foundation for Suicide Prevention, and the Firefighter Behavioral Health Alliance.