Discussions between members of extremist group The Base revealed that they wanted to “create f*****g some instability,” “derail some rail lines,” “…shut down the highways,” “shut down the rest of the roads,” and “kick off the economic collapse of the U.S.” 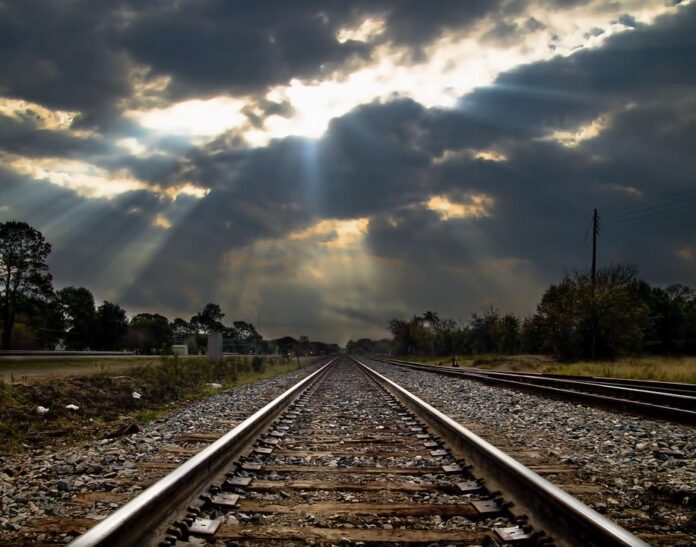 A report from the George Washington University’s (GWU) Program on Extremism examines the threat to transportation from both jihadist and white supremacist violent extremists.

The paper, by Ilana Krill and Bennett Clifford, reviews 94 cases of individuals charged in the U.S. federal court system from 2016 to 2022 with planning to conduct violent extremist attacks, 35 of whom attempted to attack critical infrastructure systems. 19 of these cases are associated with the Salafi-jihadist movement; 16 are associated with white supremacist groups. Krill and Clifford focus on the energy and transportation sectors, which had the highest numbers of plots in the sample.

The report cites an example of white supremacist attack methodology that involved a slightly undefined attack plan in which the three men would first target power lines, derail freight rail lines, and “shut down the highways” in an attempt to distract law enforcement, while their comrades-in-arms started a broader effort to collapse the U.S. government through the use of force.

Evidence showed that the group members believed that the Democrats intended to pass a variety of gun control and other legislation anathema to the white nationalist cause. They believed that at a pro-gun rally in Virginia on January 20, 202, they and other like-minded confederates would begin systematically murdering and destroying to force the capitulation and demise of the U.S. government. The evidence showed that the defendants began preparing for the Virginia violence weeks before the scheduled rally. Their discussions revealed that they wanted to “create f*****g some instability,” “derail some rail lines,” “…shut down the highways,” “shut down the rest of the roads,” and “kick off the economic collapse of the U.S.” They also discussed taking down power lines and killing law enforcement officers and guards.

Krill and Clifford said in their report that such actors view attacking transportation systems not only as a “soft target,” but also believe in the disruption of economic channels like the electric grid system and the freight rail system as a way of temporarily disrupting American economic life, causing general unrest and mass panic. “That effect, in their perception, would have made it easier to rally Americans to their cause and prolong their further plans for violence beyond the attack,” the report notes.

This differs from jihadist attack ‘logic’ considerably. Economic chaos is not the jihadist’s main objective when choosing transportation infrastructure as a target. Instead, the goal of targeting transportation infrastructure is to pick a relatively unprotected space in which large crowds of people gather, thus allowing the attacker to kill as many people as possible in their attack. For jihadists, the transportation target is the final, and often only, stage of their attack plot.

In April 2021, Akayed Ullah was sentenced to life for carrying out a lone-wolf pipe bomb attack on behalf of ISIS at a Manhattan Bus Terminal in December 2017. Ullah stated that he chose a busy weekday morning for the attack in order to “terrorize as many people as possible.”

Similarly, as cited in the GWO report, three men from Canada, Pakistan, and the Philippines plotted an IED attack on the New York subway system and other major tourist attractions in New York City in 2016. Abdulrahman Elbahnasawy, Talha Haroon, and Russel Salic were involved in an international scheme in which the three ISIS supporters planned to construct explosive devices using triacetone triperoxide (TATP), place them in subway stations and at Times Square, detonate them and then target any remaining survivors using firearms.During one conversation, Haroon told his co-conspirators that targeting a subway stop was “perfect” because of the large numbers of passengers, and planned to “shoot as many passengers on the train as possible…when we run out of bullets we let the [explosive] vests go off.”

Krill and Clifford note that in this plot target selection was motivated by kill count more than causing a disruption to critical infrastructure. They add that some white supremacists also attempt to conduct mass-casualty attacks, but that there is a greater operational focus on terrorism as a means to achieve civil unrest, confusion, and disruption of the societal status quo.