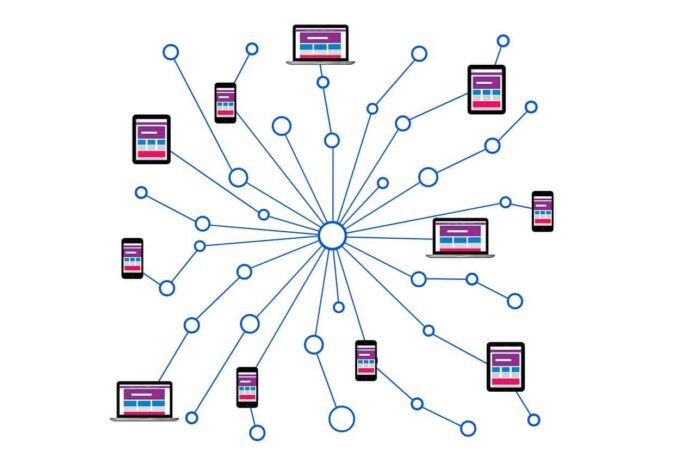 The hot topic at the water cooler lately among homeland security communications personnel has been FirstNet ™. This network is poised to set the course for the future of critical communications. Traditionally, national security agencies are loyal LMR users; however, the transition to LTE cellular is on the horizon. A communications app developer recently described smartphones as a “shadow IP” that almost every employee in the U.S. has access to, yet not all businesses take advantage of. Luckily for federal government practices, FirstNet’s nationwide broadband network provides a serious leg-up in advancement. Still, I believe devices that do more than just talk will be the primary driver of its evolution.

Of course, agencies will require more robust PTT cellular devices than standard smartphones. An over-the-counter iPhone simply won’t suffice. In the next few years, I’m sure there will be a major bump in FirstNet-geared hardware development for homeland security users.

But the growing desire to combine every task into one device is creating an even bigger window for software in Homeland Security and other public sectors. Consequently, I foresee IoT/LTE business will accelerate more due to application development than to hardware. Visualize a border security patrol officer who has a body cam (or multiple cams) connected via fiber optic cable to a new ruggedized wireless device, which accesses a video management app, plus another app for location tracking, and another for facial recognition, or maybe just one “super app” that ties them all together for “Bad Guy” recognition, as well as automatic photo/video with time, location, etc. Apps, apps, apps — clearly the opportunities for public security are endless!

As a technologist, it’s my opinion that agencies will soon be able to receive much more tactical/situational information from all active incidents, including verbal transmissions, without ever touching a communications device. Why couldn’t this new device have an app that knows when an officer’s been dispatched, when to automatically trigger the camera, send alerts (i.e. shots fired, man down, etc.), enable microphone and exchange messages, all while monitoring every movement even if they leave the vehicle or draw a weapon?  It would be like Siri or Alexa on steroids.

If app sophistication continues advancing at light speed, even for public safety users, the voice function could potentially become a much lower priority than data that supports a plethora of new capabilities.  And some of these same apps might also include messaging, creating a simultaneous communications loop. The entire world now uses cell phones for data more than voice, so why should we expect first responders to be any different? Of course, public safety requires “rock-solid” technology, but developers are rising to the challenge! Meanwhile, public transportation, hospitality, field services, professionals and other users from across many vertical markets are already starting to deploy PoC applications.

Cellular market growth has created an almost insatiable demand for all sorts of new products and accessories in a wide range of industries. Pryme has seen a 30 percent jump in PTT products for smart devices with PoC applications, and there’s no end in sight. We already support 28 different PTT apps, and our full line currently spans 5,500 unique products. The more applications developed, the more devices deployed, which means the greater the need for end-user customization, an area where Pryme excels.

For example, because some users find wireless PTT unacceptable due to cost, pairing and charging issues, someone needed to develop an alternative to access PoC applications on smart devices. Wired accessories are typically more reliable, but wouldn’t work because many cell phones and tablets were not designed for PTT. Though it took a couple years, Pryme managed to engineer a workaround and, at IWCE 2018, introduced the PICO™ wired surveillance kit, a new way to dependably manage PTT capabilities and PoC apps with a wired accessory, but without any of the aforementioned wireless issues. However, wireless is still very useful and I envision future technologies that will result in better and better wireless accessories.  Pryme is already starting to add Near Field Pairing (NFC), which automatically connects headsets/PTT buttons to phones or tablets.

Every minute of the day, smart technologies such as AR/VR and AI, are being incorporated into more communications solutions for an array of niche uses. With augmented reality, instead of traveling to trade shows or customers, sales reps will be able to share a link to a 360-degree experience(s) of their products and demos. In field services, AR is already starting to proliferate. Simply by pointing a smartphone at a machine, a technician can receive training and repair instructions superimposed over the image on the machine. And artificial intelligence is spreading like wildfire in a multitude of ways, including serving as a 24/7 watchdog to identify potential system issues before they become problems. Who knows, eventually smart tech may completely change the way first responders operate. All we need in that “Killer App.”

The arrival of FirstNet’s nationwide network has opened up a huge market opportunity, which could prompt mega monoliths like Honeywell, General Dynamics, Boeing, etc. to enter the public safety communications space with new sector-specific devices. Until now, I think these huge conglomerates viewed the two-way radio industry as too small and fragmented to even consider. Now that the market opportunity is nationwide and will become more standards-based, don’t be surprised if you see major new competitors entering this playing field.

For these really big companies, the design, installation and maintenance of networks is where the real profits lie and FirstNet is a network opportunity that includes many valuable features. Yet, for this network to be successful, technologies must be adopted that provide the key features high priority users require:  reliability, security, low latency, device-to-device and group calling, talker ID, and so on. In addition, more progressive capabilities must be offered, such as location and data services, interconnection with legacy systems, console interfaces and, lest we forget, more specialized apps.

Will there be bumps in the broadband road along the way? Sure. Will those issues be resolved? Absolutely. Remember, without roads, we have no cars, and without a powerful yet affordable wireless network, there will be no advanced communications. Hang on tight, it’s going to be a heck of a ride!

Dave George
Dave George, Chief Technologist and President of Pryme Radio, holds 29 patents and is the inventor of multiple award-winning products. An RF engineer for over 40 years, George is a key influencer in the public sector’s transition from radio to broadband. He is considered an industry thought leader whose keen insight is renowned in the communications technology field. Aside from running a successful communications accessory company, George also coaches a Southern California high school robotics team.