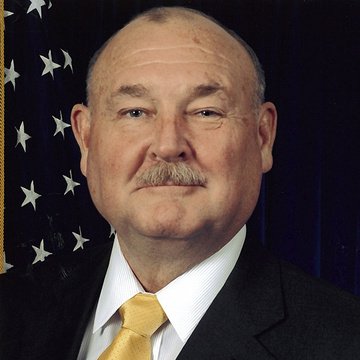 Thad W. Allen is chair of the National Space-Based Positioning, Navigation, and Timing Advisory Board at NASA and James Tyler chair at the Loy Institute for Leadership at the U.S. Coast Guard Academy. He retired from his roles as executive vice president at Booz Allen Hamilton in 2017 and commandant of the coast guard in 2010. He is a nationally recognized expert in disaster response and an advisor to government leaders on creating unity of effort and governing structures to address complex problems.

Allen was the lead federal official for the responses to Hurricanes Katrina and Rita and served as national incident commander for the Deepwater Horizon oil spill. He also directed coast guard operations in the wake of the 9/11 attacks and the 2010 earthquake in Haiti. He serves as a fellow at the National Academy of Public Administration and a member of the board of visitors at the National Intelligence University. Allen is also an emeritus board member at the Partnership for Public Service and the Coast Guard Foundation. He recently co-chaired a study at the National Academy of Sciences’ Gulf Research Program addressing measures of community resilience in the Gulf Coast following the Deepwater Horizon oil spill.