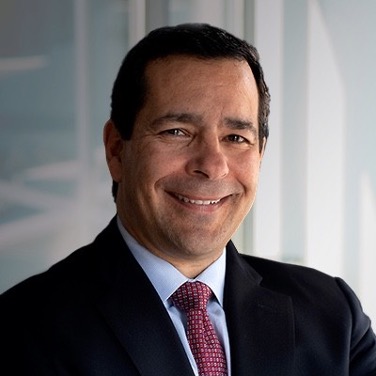 Mr. Evanina was confirmed by the U.S. Senate on May 6, 2020 to be the first Senate-confirmed Director of the National Counterintelligence and Security Center (NCSC). Mr. Evanina served as the Director of NCSC since June 2, 2014. In this position, he was the head of Counterintelligence (CI) for the U.S. Government. Mr. Evanina was responsible for leading and supporting the CI and security activities of the US Intelligence Community, the U.S. Government, and U.S. private sector entities at risk from intelligence collection or attack by foreign adversaries. Under NCSC, he oversaw national-level programs and activities such as the National Insider Threat Task Force; personnel security and background investigations; information technology protection standards and compliance; CI cyber operations; supply chain risk management; threat awareness to sectors of the US critical infrastructure; national-level damage assessments from espionage or unauthorized disclosures, CI mission management, and national CI and security training programs. Under Mr. Evanina’s leadership, NCSC produced the President’s National Counterintelligence Strategy of the United States of America 2020, which has been instrumental in raising foreign intelligence threat awareness to critical infrastructure sectors and the private sector executives regarding supply chain, economic security, cyber, and malign foreign influence. Mr. Evanina chaired the National Counterintelligence Policy Board, and the Allied Security and Counterintelligence Forum comprised of senior CI and security leaders from Australia, Canada, New Zealand, and the UK. Mr. Evanina also served as Chair of the NATO Counterintelligence Panel. Prior to his selection as the Director of NCSC, Mr. Evanina served as the Chief of the Central Intelligence Agency’s Counterespionage Group. Mr. Evanina previously served as Assistant Special Agent in Charge of the FBI’s Washington Field Office, where he led operations in both the Counterintelligence and Counterterrorism Divisions. Mr. Evanina served over 31 years of distinguished federal service, 24 of which as a Special Agent with the Federal Bureau of Investigation (FBI). At the start of his law enforcement career in 1996, he investigated organized crime and violent crimes through the FBI’s Newark Field Office. He then served on an FBI SWAT unit for 10 years, ultimately supervising this unit. He led some of the highest profile terrorism investigations in our nation’s history including the 9/11 attacks, the anthrax attacks, and the Daniel Pearl kidnapping. During his tenure with the FBI’s Joint Terrorism Task Force (JTTF), Mr. Evanina was selected as a Supervisory Special Agent and received the FBI Director’s Award for Excellence for his leadership in the investigation into convicted spy Leandro Argoncillo. Mr. Evanina’s government career began in 1989 as a Project Manager with the General Services Administration, in Philadelphia. Mr. Evanina was born and raised in Peckville, PA. He holds a Bachelor’s Degree in Public Administration from Wilkes University in Wilkes Barre, PA, and a Master’s Degree in Educational Leadership from Arcadia University in Philadelphia. Mr. Evanina currently serves as Founder and CEO of the Evanina Group advising CEOs and Board of Directors on strategic corporate risk.