PERSPECTIVE: The Lingering Scars of the Government Shutdown on Contractors 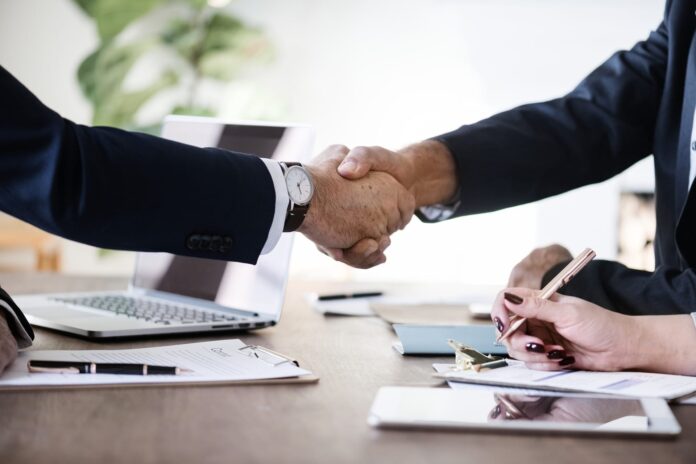 If you pay any attention to today’s news cycle you probably feel as if you need to be wearing a whiplash collar to stabilize your head from all the dramatic back-and-forth, let alone eye-popping shock from the numbing headlines and increasingly polarizing 24-7 coverage. In a word, it’s all become “exhausting.”

Today’s “new normal” in no way feels “normal” because of all the constant upheaval and distraction. Instead of trying to proactively plan for the future, everyone is on edge, waiting for the next shoe to drop or, more likely, a tweet to be posted that will set everyone and everything off in multiple directions. For those operating within or in proximity to the federal government a perpetual anxiety and fatigue has set in. And after the longest government shutdown in U.S. history, no one is feeling that more than the small-business community and the members of the federal contracting community.

While federal workers who were furloughed during the 35-day shutdown would be (and are being) repaid for their lost wages), federal contractors have not received similar benefit. In short, they’re out of luck. As bad as that is for individual employees and their families to be without paychecks, it’s an even more painful predicament for those small-business owners who have to endure even deeper losses.

According to the U.S. Chamber of Commerce, the government shutdown directly “impacted over 41,000 small businesses across all 50 states.” In dollars and cents terms, the shutdown cost small government contractors over $2.3 billion in lost revenue.

If you talk privately to any one of the contractors who support the federal homeland security enterprise, they will tell you how difficult the situation was for them. While not at all jealous of the almost constant media attention that unpaid Coasties and TSA screeners received during the shutdown, many contractors do feel they are the forgotten victims of a shutdown that produced no winners. If you ask them to comment publicly on the situation, most if not all will tell you they don’t want to be quoted for fear of being targeted for retribution. Others will tell you that they’ve expressed their views to various elected officials to see if there is some type of remedy to address their shortfalls.

Given the enormous costs of healthcare benefits and other operating costs, there are very few enterprises – especially small businesses – that can afford to absorb 35 days of lost revenue. The cost of that red ink is only exacerbated by the angst that small-business owners have to stomach over an unstable customer that is subject to intermittent hostage-taking because of political dysfunction on all sides.

There was a time when the government was seen as the most stable customers that any company could possess. While not always timely or efficient, government still operated with regularity and dependability. But that is no longer true. Reliable budget and appropriation cycles no longer occur as continuing resolutions and short-term funding bills increasingly provide incremental “pay as you go government.” That’s a dreadful enough environment to operate in as a government but it’s even more precarious if you’re a government contractor who is dedicated to supporting that customer.

DHS has long been a mixed bag in terms of being a dependable customer. While certainly funded with deep pockets for most of its operations, poorly defined requirements, procurement operations challenges, frequent leadership vacuums and less than stellar engagements with the private sector have made DHS a customer with which many companies are refraining from doing business. Add to those conditions the prospect of being obligated to perform government support functions, and then not get paid because the administration and Congress can’t fulfill their budgetary responsibilities, and you can understand why there is a bitter taste in their mouth.

Fortunately, the government contractor community has not been completely forgotten about by everyone. A sizeable group of bipartisan House and Senate members are making efforts to reimburse the shutdown-impacted contractors. While any type of funding effort has its challenges in being enacted, the fact that the White House has been mute in its support of these efforts only adds to the frustration environment.

Successful operating environments are built upon commitment, trust and respect. When any one of those are fractured, it creates a difficult operating environment. When all three have been breached, it can lead to a complete lack of confidence by one party to the other. That is sobering to say (and write), but it’s where we’re at in today’s homeland environment.

For all of the correct and appropriate rhetoric about “One Team, One Fight,” which is the mantra within much of the federal homeland operation, when significant portions of the team are unfunded, ignored and disrespected it should come as no surprise that the entire team and its mission work are weakened and put in jeopardy.

That’s something the Trump administration and Congress should consider as they go through the budget cycle. Confidence in all of them is at the lowest it has probably ever been. That’s nothing anyone should be proud of, but if they want to begin to heal the breach of the recent shutdown they can pay the costs that were incurred on their behalf. Because the truth is the scar of their actions has left behind a legacy that is not going to be forgotten by the government contracting community anytime soon.