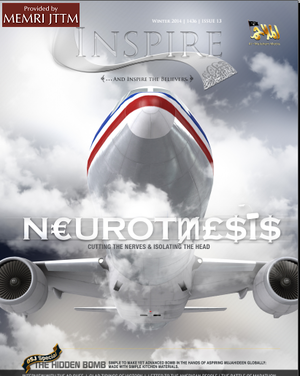 In the wake of the arrest of a Delta Airlines worker just weeks ago for involvement in a plot to smuggle 153 guns onto a flight from Atlanta to New York City, Sen. Charles Schumer (D-NY) is calling for tighter screening for all US airport employees.

"When guns, drugs and even explosives are as easy to carry on board a plane as a neck pillow, then we have to seriously — and immediately — overhaul our airport practices," Schumer said at a press conference in Washington, DC  Wednesday.

The Senator asked the Transportation Security Administration (TSA) to immediately implement a national requirement that all airline and airport employees go through physical screening before entering secured areas of the airport.

In a letter to former TSA Director John Pistole, Schumer wrote: “I ask that you implement a national requirement that airline employees go through physical screening each and every time they enter the secure areas of an airport. Each and every airport nationwide should be required to develop a comprehensive physical screening procedure for employees as soon as possible.”

Continuing, Schumer said, “Though I realize this may seem to be a burden to some, we know well from prior tragedies that security is of paramount importance. The 9/11 attacks on New York City and other parts of the country were tragic examples of what can happen when security breaches occur in airports, and we must do everything in our power to prevent similar tragedies.”

Pilots, flight crew, and passengers currently pass through TSA metal detectors, but many airport staff — including the people who repair and clean planes, load luggage, and work in areas beyond the security checkpoints — are often exempt.

“It is ridiculous that passengers cannot get on a plane with a bottle of lotion or water, but people are getting on planes with guns in their backpacks,” Brooklyn District Attorney Kenneth Thompson said at the news conference.

According to the FBI, on at least five occasions in 2014, Harvey worked with another former Delta employee to smuggle firearms through airport-controlled security checkpoints for Delta employees. Harvey was not required to go through the screening performed for passengers by TSA.

Once through the airport-controlled security checkpoints, the firearms were transported in carry-on baggage into the passenger cabins of aircraft. Harvey’s accomplice flew to New York with the guns.

“The complaint alleges that Harvey repeatedly evaded airport security with bags of firearms, some of which were loaded,” said US Attorney Sally Quillian Yates in a statement. “He then passed the guns off to an accomplice who transported them as carry-on luggage to New York, where they were illegally sold.”

The FBI said since January 2014, Harvey’s accomplice trafficked approximately 129 firearms between Georgia and New York. The last shipment on December 10, 2014, contained 18 firearms, 7 of which were loaded.

“The FBI has dedicated significant investigative resources at our nation’s airports to not only address those special jurisdiction cases involving air travel itself, but also to provide assistance to those agencies responsible for the security of those airports and all that travel through them,” FBI Atlanta Field Office Special Agent in Charge J. Britt Johnson stated. “This case represents a serious security breach at Atlanta’s Hartsfield Jackson airport and the FBI’s Atlanta Field Office continues to work with its various law enforcement partners in addressing this breach and preventing future ones.”
The danger posed by the ability of airport employees to smuggle weapons and other contraband onto commercial airliners was highlighted by the most recent issue of the Al Qaeda in the Arabian Peninsula (AQAP) published Inspire magazine.

“Destination airport, and Guess What’s on the Menu?” is the title to the opening spread of the cover story about how to bomb passenger planes. The magazine is entirely devoted to inspiring lone wolf jihadists in the US and the West, and especially urges attacks on commercial passenger planes.

A 37-page instruction manual details how to build what AQAP calls “The Hidden Bomb,” and where it should be “hidden” on aircraft.

In this age of terrorism, basic protections such as screening airport employees is critical to the safety of our country," Thompson stressed, noting that, "The ease by which airport employees are able to smuggle weapons and other contraband onto our commercial airliners is troubling and warrants immediate scrutiny and inspection.”

For years, counterterrorism authorities have been concerned about security breaches like the one at Atlanta’s Hartsfield Jackson airport in which ground crew or service contractor employees who are radicalized jihadists use their positions to plant explosives or weapons on a plane or for use by jihadist passengers not on any watch list

Counterterrorism authorites told Homleand Security Today on background they agree with Schumer’s call for better vetting of "anyone working at an airport with access to aircraft in any way, shape or form, and that includes service contractors like the people who stock aircraft with food and drinks, for example," as one explained.

As terrorists across the globe continue to call for lone wolf attacks, Schumer and Thompson asserted that although most airport personnel are upstanding citizens, mitigating the danger of an employee’s ability to smuggle weapons and contraband into the secured areas of an airport requires that all airport workers be screened.

“The majority of airport personnel are good, hardworking employees but there are bad apples in every workplace,” Thompson said. “By screening everyone – not just passengers and flight crews – TSA will be able to identify and remove offending employees before they have the opportunity to spoil the whole apple cart.”

Security experts further said sensitive airport locations may also need to be beefed up with additional measures such as video surveillance.