Despite continued warnings from law enforcement, Morris continued to deal firearms without a license. ATF then proceeded with an undercover investigation. 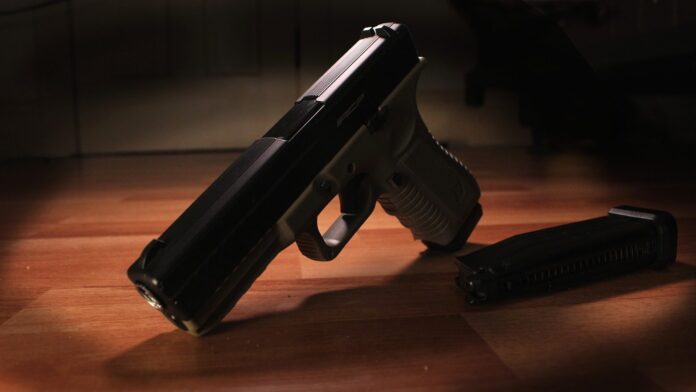 A Lancaster man who sold more than 50 guns without a license pleaded guilty yesterday to a federal firearm crime, announced U.S. Attorney for the Northern District of Texas Leigha Simonton.

Armani Morris, 22, was arrested following an undercover gun buy in July 2022 and indicted in August. He pleaded guilty Tuesday to engaging in the business of selling firearms without a license before U.S. Magistrate Judge Rebecca Rutherford.

“Federal law requires firearms dealers to be licensed – and, crucially, to run background checks on their buyers. Subverting these laws allows guns to fall into the wrong hands, endangering the public,” said U.S. Attorney Leigha Simonton. “Despite being warned that his conduct was unlawful, this defendant brazenly continued selling to anyone who would buy. Let there be no mistake: The Justice Department will aggressively pursue anyone who flouts federal firearm laws.”

“Today was a victory for law enforcement and the citizens of North Texas. Mr. Morris knew the law. Mr. Morris knew the procedures to become a licensed firearms dealer. Mr. Morris chose to ignore them all and continue to deal firearms illegally. I hope this serves as an example for all those who choose to sell firearms around the laws. ATF and its partners will investigate you and you will be prosecuted,” stated ATF Dallas Field Division Special Agent in Charge Jeffrey C. Boshek II.

According to plea papers, Mr. Morris admits that between 2021 and 2022, he sold at least 52 firearms despite the fact that he did not have a license to engage in the business of dealing in firearms.

(Federal law requires that people engaged in the business of dealing in firearms – defined as repeatedly devoting time and attention to purchasing and reselling guns for monetary gain – obtain Federal Firearms Licenses, or FFLs, and run background checks on potential buyers.)

On Dec. 16, 2021, ATF agents served Mr. Morris with an administrative cease-and-desist letter that explained firearms licensing laws so that Morris would know that his conduct was illegal.  However, Morris continued to purchase and sell firearms.

On April 7, 2022,  ATF Special Agents met with Morris at his residence, where he acknowledged that he read the cease-and-desist letter but asserted he did not want to sign it.  When agents confronted Morris with evidence of 54 firearm purchases, Morris could fully account for only two of the guns.  Morris also admitted to agents that he had spent all his income on firearms while he sought to sell them for a profit. However,  Morris admitted that dealing in firearms was turning out to be a bad investment.

Despite continued warnings from law enforcement, Morris continued to deal firearms without a license. ATF then proceeded with an undercover investigation. On four separate occasions in the summer of 2022, undercover agents purchased from Morris a total of seven firearms, including two AR-type pistols, a Smith & Wesson 9mm pistol, and a Glock 9mm pistol and with a Glock switch that made the Glock fire fully automatic as a machinegun.