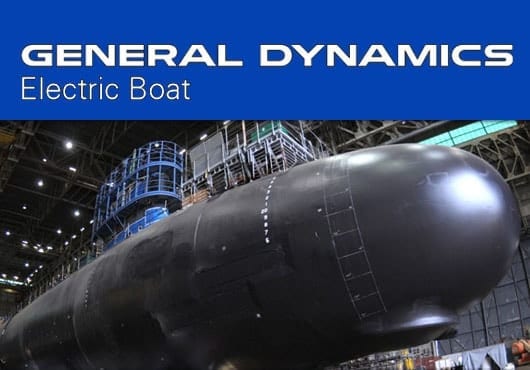 Electric Boat has unveiled plans for an $800 million expansion, creating 1300 jobs, so it can build three U.S. Navy submarines a year at its Quonset plant.

The Electric Boat expansion in Rhode Island is possible in part because of a $14 million investment from the state to improve and modernize the Quonset Business Park. The state is also committing $2 million in Rebuild RI tax credits and up to $18 million in sales tax exemptions. These incentives will support a 1.3 million-square-foot expansion of manufacturing space — roughly half of which will be new construction — at Electric Boat’s Quonset Point site with an expected capital investment by the company of $792 million.

Gov. Gina M. Raimondo announced the new infrastructure investment that will allow Electric Boat to accelerate the hiring of 1,300 new employees. Additionally, Electric Boat will begin construction to significantly increase the size of its facility at the Quonset Business Park — a project that will support more than 600 good-paying construction jobs. The expansion represents the second-largest Project Labor Agreement in state history.

“Because of our new job training programs, the work we’ve done over the last three and half years to make it easier to do business in Rhode Island and because we’re finally willing to invest in infrastructure, Electric Boat is hiring thousands of Rhode Islanders for good, stable manufacturing jobs,” Raimondo said. “This new development will create new opportunities for thousands of Rhode Island families — people who will get great jobs building submarines and tradesmen who have good work building this new facility.”

Electric Boat is currently manufacturing two Virginia-class submarines per year for the U.S. Navy, a production cadence not seen in decades, but after expansion it hopes to maufacture three. Further, EB was selected by the Navy to be the prime contractor on the Columbia class of submarines, which will require the company to expand its facilities, increase its supplier spending and hire new employees.

“These submarines are critical to the defense of our nation. I was pleased to help the U.S. Navy ramp up submarine production and I am pleased Electric Boat is accelerating its hiring efforts here in Rhode Island. I’m proud to have secured an additional $225 million in the FY18 Omnibus Appropriations law that will help the Navy and Electric Boat expand the submarine industrial base and improve the readiness of critical suppliers so they can produce and deliver components for both submarine programs,” said Sen. Jack Reed (R-R.I.), ranking member of the Senate Armed Services Committee and a senior member of the Defense Appropriations Subcommittee. “This helps keep these programs on schedule, but also helps keep the production machines and tools running at the suppliers across our state.”