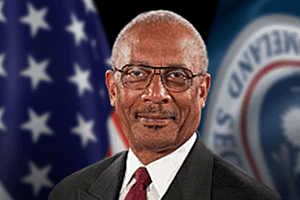 Cambridge Global Advisors (CGA) has named Francis X. Taylor as a Partner and President of the firm. General Taylor is the former Under Secretary for Intelligence and Analysis (I&A) at the U.S. Department of Homeland Security (DHS) and has been with CGA as a Senior Advisor since departing his DHS post in 2017. The news comes on the heels of the announcement that former CGA Partner, Jake Braun, departed to assume an appointment in the Biden Administration as a Senior Advisor at DHS Management.

Of the recent announcement, Christopher Burnham, Chairman of Cambridge Global Advisors said: “General Taylor is one of the most accomplished leaders and experts in the country on all issues related to global security, intelligence integration, intelligence analysis, and protecting our country’s citizens, as well as the men and women who serve it. He has been a senior advisor here for the past four years and we are thrilled that he has now joined Cambridge as our partner and president of the firm.”

At DHS, from 2014-2017, Taylor oversaw and carried out the I&A mission, equipping the Homeland Security Enterprise with the timely intelligence and information required to keep the homeland safe, secure, and resilient.

Before his DHS appointment, Taylor served as Vice President and Chief Security Officer for the General Electric Company (GE) and was responsible for GE’s security operations and crisis management processes. Taylor also had a distinguished career in public and military service, including serving as Assistant Secretary of State for Diplomatic Security and as the U.S. Ambassador at-Large and Coordinator for Counterterrorism for the Department of State from 2001-2005. During his 31-year military career, Taylor achieved the rank of Brigadier General and oversaw criminal investigations, counterintelligence and security operations for the U.S. Air Force.

CGA, a Service-Disabled Veteran-Owned Small Business (SDVOSB), is a strategic advisory services firm with deep expertise at the global, national, state and local levels. Its mission is to assist its public and private sector clients in the development and implementation of their programs, practices, and policies – with a special focus on national security.

CGA CEO Douglas Lute commented that “General Taylor has a long career characterized by service and success, managing large-scale campaigns in some of the most challenging environments. Frank is a respected and well-known entity in both the national security and intelligence communities. CGA is excited to be able to continue to offer our clients the benefit of his high-level experience in the public and private sectors.”

General Taylor also serves as a member of Homeland Security Today’s editorial board, offering his insight and expertise across a range of sectors and writing on counterterrorism, security vetting and 5G. We wish him every success in his expanded role at CGA and continue to appreciate his thought leadership.

Read the announcement at CGA