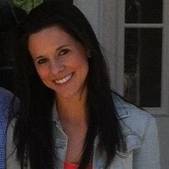 Lung Biotechnology, a subsidiary of United Therapeutics Corporation, develops and commercializes innovative products to enhance organ transplantation. It specializes in manufacturing lungs and other organs for transplant using a variety of technologies, including pig-to-human xenotransplantation, as well as regenerating them from stem cells.

The company plans to develop and purchase 1,000 units of the Ehang 184, an autonomous drone capable of carrying a passenger more than 10 miles through the air at speeds up to 65 miles per hour. The drone, which was named for ‘one’ passenger, ‘eight’ propellers, and ‘four’ arms, was introduced at CES 2016 earlier this year.

“This is exactly the kind of global impact we envisioned when building the 184,” explained Huazhi Hu, CEO of EHang. “Partnering with Martine and Lung Biotechnology is an incredible opportunity to bring the 184 to the emergency medical space, and specifically help to revolutionize the organ delivery system in the United States. It’s also representative of our broader dedication to making the EHang 184 and its commercial drones readily available to a number of different industries today.”

The two companies plan to work together over the course of the next fifteen years to customize the 184 for organ deliveries, a program which they are calling the Manufactured Organ Transport Helicopter (MOTH) system.

The company states that the collaboration stands to revolutionize the way organs are transported in the United States, and could potentially save many lives. Each year, over 200,000 people in the United States die of end-stage lung disease each year and only 2,000 lung procedures are performed annually.

The prospect of manufactured lungs could eliminate this numerical limit, and delivering them autonomously via the all-electric MOTH technology will save the healthcare system many millions of dollars with a dramatically reduced carbon footprint.

“The well-known locations of transplant hospitals and future organ manufacturing facilities makes the EHang technology ideal for Highway-In-The-Sky and Low-Level IFR Route programs,” said Martine Rothblatt, Ph.D., Chairman and CEO of Lung Biotechnology. “We anticipate delivering hundreds of organs a day, which means that the MOTH system will help save not only tens of thousands of lives, but also many millions of gallons of aviation transport gasoline annually.”