Torres’ office is driven by the “get to yes” motto, understanding that industry “really wants to make a difference” and looking at how products might be integrated. 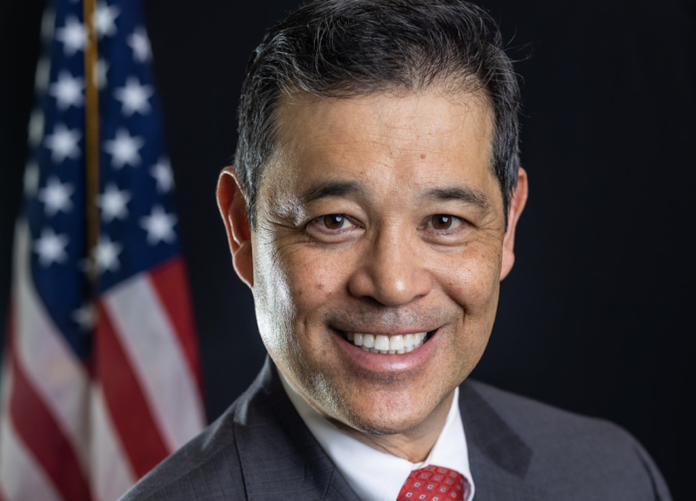 Torres’ 15 years in industry contributed to “learning how to understand a lot of what happens on the private-sector side” by appreciating the voice of the customer.

When he returned to federal government, assuming his current role in September, Torres said he “really felt the desire to make a difference” as the IRS works toward ambitious IT modernization goals – a project he understands from working on a similar tech overhaul during his time as director of information technology contracting at U.S. Customs and Border Protection, where he worked from 2010 to 2015. “Now it’s modernizing the IRS to create a better experience for the taxpayer,” he told HSToday.

After leaving CBP, Torres served as vice president of strategic initiatives at Salient CRGT and then served as the account executive for Northrop Grumman’s $1.2 billion technology and service support portfolio supporting DHS. He was director of the homeland security portfolio at PAE before coming to IRS. His previous government service includes time as a Defense Intelligence Agency contracting officer, unit chief at the FBI, and Department of Grants and Procurement deputy director at the Small Business Administration.

“I have a good appreciation for why it’s so important for government to be transparent and engaged with industry,” Torres said.

That includes welcoming and incorporating feedback from industry to enhance that partnership. “Industry has the latest and greatest to help us,” he noted. “You can’t do it alone.”

IRS Commissioner Chuck Rettig has stressed the service aspect of the IRS mission during his tenure, underscoring how IRS must continue modernization of its systems while discovering bold new ways in which to forge partnerships and help more people including through initiatives such as the IRS Digitalization Strategy.

“What I’ve discovered at IRS is it is absolutely amazing how dedicated the workforce is,” Torres said. “Wanting to support the taxpayer – it’s so admirable. I have been so amazed by their dedication. They want to make a difference. To see that is infectious.”

In his procurement role, bringing his wealth of experience with CBP’s IT modernization and industry perspective sharpened in the private sector, Torres relishes that ability to make a difference and grow to “modernize IRS operations, improve taxpayer experience, improve enforcement, ensure taxpayer data and information is secure.”

The U.S. Naval Academy graduate began his career in the U.S. Marine Corps, with leadership and logistics roles worldwide including serving as director of contingency contracting in Southwest Asia with the 1st Marine Expeditionary Force and 1st Force Service Support Group. And having that military background has helped shape how he incorporates leadership growth into his role. “What are you doing to grow the next generation of leaders at IRS?” he said. “We’re doing that within my office.”

As far as the goals of his office to bring small businesses onto the playing field, Torres emphasized that they are exceeding all small-business goals for the socioeconomic categories. The office is also shooting for an overall 39 percent goal for small-business awards by the end of the fiscal year. “Are we there yet? No. But I’m very confident we will,” he said.

Torres’ office is driven by the “get to yes” motto, understanding that industry “really wants to make a difference” and looking at how products or services might be effectively integrated across the agency.

Procurement should be seen “not as a roadblock in the supply chain but as a force multiplier,” providing support to operations and streamlined acquisition.

“Bring your ideas to us – we’re always looking for the art of the possible,” Torres said. “What can we do that can create a better experience for our taxpayers? We are open to ideas.”

In the process, he aims to create a good experience for industry partners. “It’s so important for government to be more transparent with industry – they can write a better response to a proposal or RFQ, saving money and time,” he noted.

“It goes back to your ability to create an environment where they’re heard, where their voice matters,” he continued. “We can take that same approach with industry: your feedback matters. Acknowledging your input is important and a strong leadership multiplier. That is healthy and needed.”